He told me he loved me’: Chemainus senior targeted in online romance scam

Posted: Dec. 7, 2020 6:51PM
CHEK
WatchA Chemainus senior is heartbroken and hoping to save someone else from a romance scam that's preying on people's loneliness in this pandemic and Christmas season. Skye Ryan has more.

For years, the lead up to Christmas had been the hardest time of year for a 73-year-old Chemainus widow.

Around this time five years ago, the Chemainus’ woman’s husband became sick with cancer — and later died, leaving her all alone.

Fast-forward to 2020, and with the pandemic cutting her off from friends and other important social networks, the woman, who has asked to be called Bella, turned to online dating for some companionship.

“I never dreamed I would go on one of those sites,” said the 73-year-old.

Within hours of creating a dating profile, the Chemainus woman says a man messaged her online and began showering her with affection, poetry, and songs.

The man, Bella claims, told her he lived in Vancouver, was building an orphanage in Iraq, and that he was struggling too, not just with being lonely but needing to help the orphans.

“He just got me right here in my heart where my grandchildren are,” she said.

Eventually, Bella realized the man wasn’t after her heart, but her money and called the North Cowichan/Duncan RCMP to report she had been a victim of an online romance scam.

“It’s horrible. It’s somebody out there that doesn’t care,” said the Chemainus woman. “They don’t want love, they want money.”

Const. Carlie McCann of North Cowichan/Duncan RCMP told CHEK News there is generally an uptick in frauds related to romance scams during the holiday season, and with more feeling lonely and isolated because of the pandemic this year, there are likely far more victims out there.

“It’s sad that people try to take advantage of the loneliness that people often feel around the holidays,” said McCann.

The RCMP said they were able to trace the $1,500 the Bella sent to an account connected to a woman in Ontario and successfully recovered the money.

The Chemainus grandmother says she hopes by going public with her ordeal, she might save someone else from a romance scam this holiday season. 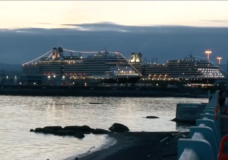 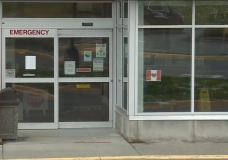