Posted: Feb. 3, 2020 6:24PM
CHEK
Watch121 people living on the First Nation are now staying in a hotel because of the flooding

A First Nation near Crofton is facing a housing challenge following the massive flooding this weekend. With waters rising dangerously fast, many Halalt members were forced to evacuate their homes with little more than the clothes they were wearing.

It was a dramatic scene Garry Norris woke up to at 2 a.m. Saturday morning.

The water level was quickly rising and heavy rains were coming down the chimney.

“Our chimney acted just like a funnel so we rushed around trying to get everything off the floor in the living room, throwing it on the tables by the time I got to the bedrooms to do the same thing the floor was covered with water already,” said Norris.

Norris said water started flowing down the hallways like a river when firefighters arrived.

“They were pounding on the doors and yelling from the road telling us to get out. Shut the hydro off before you get electrocuted.”

Firefighters helped Gary and six others evacuate the home.

“The guy was pretty tall but when he walked us out the water was about chest high on him so they took us to the higher level where we could get on the fire truck and they took us to Duncan,” said Norris.

The Halalt First Nation says the septic fields of all 41 of the reserves homes have failed, 14 basements flooded and three homes may have to be condemned. It’s led to 121 people staying at a Ladysmith hotel.

The nation’s chief said the flooding is nearly unprecedented.

“I’m 62 and I’ve never seen it but one of our elders said it’s been 75 years since there’s been one like this,” said Walter Thomas.

The band has reached out for provincial and federal funding.

The chief says the E&N railway line, on one side of the reserve, with only two culverts made matters worse because the water had no place to go.

“There was a four to five-foot difference from the height of the water on this side to the other side so that dyke doesn’t have enough drainage because if it did this side would have never flooded,” said Thomas.

Norris says he’s just feeling stressed at not knowing if he’ll ever be able to live in his house again.

The First Nation’s woes were part of a state of emergency declared in the region Saturday. It was lifted Sunday. 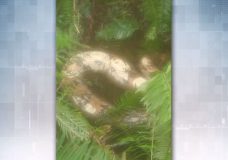 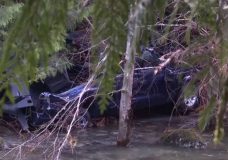