WATCH: The Victoria Grizzlies were forced to settle for just one point against the Nanaimo Clippers on Friday night at the Q Centre, but they still hold a one point lead over the Powell River Kings for top spot in the Island Division.

The star of the game for the hometown Grizzlies was rookie sensation Alex Newhook, he scored two goals in the game, giving him 21 goals on the campaign to go along with 58 points, good for second in the BCHL in scoring.

The Clippers take on the Powell River Kings tonight, while the Grizzlies host the Penticton Vees on Sunday afternoon. 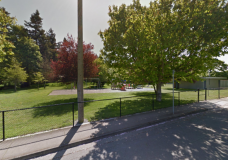 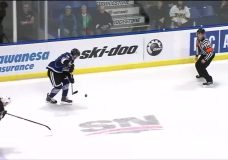 Royals rebound back into win column