Greater Victoria School Board does not have authority to remove trustees: judge

A B.C. Supreme Court judge has ruled that the Greater Victoria School Board did not have the authority to suspend two trustees for the remainder of their terms.

Earlier this year, the SD 61 board voted to suspend Diane McNally and Rob Paynter for the remainder of their terms due to allegations of bullying and harassment.

A judge has now ruled that the suspension does amount to a de facto removal, and the board did not have the authority to do so.

Paynter says while he’s excited about this decision, it is a little bittersweet for him.

“I’m grateful for the decision, obviously from my perspective, I think it was the right decision,” Paynter said in an interview with CHEK News.

“I feel sad in a way that so much time and effort went into basically confirming what the investigator had said right at the very start, that this was outside of the district’s responsibilities. And I don’t know, I know what I spent on legal fees, and it was not inconsequential, and I have no doubt that the district spent a whole lot more, and that was all money that should have been going to take care of our kids.”

McNally tells CHEK News she was relieved when she received the judgement.

“Basically, elation, because I was fearful that if the ability of elected officials to have a vote to un-elect another elected official was upheld, that would really be the beginning of a real problem for democracy,” McNally said. “I really didn’t want to see democracy damaged in this way, so I’m very pleased with the outcome.”

Ryan Painter, chair of the school district, says the board is reviewing the judgement and considering its options.

“The Board of Education has received the decision of Madam Justice Hardwick, which, in sum, found that the decision to suspend two trustees for misconduct for the remainder of their term was beyond the jurisdiction of the Board under the School Act, as it currently stands,” Painter said in an emailed statement.

“We are reviewing the decision and will be considering our options at this time. What is most important is that the community has a Board of Education that can properly function in an honest, legal, and respectful way to further the interests of our students. At present, we do not have any further comment.”

As relief, the school board must issue a declaration that the resolution to suspend the trustees from participation in and receiving materials regarding all materials of the board for the remainder of their terms was “ultra vires” or done beyond the authority of the board. Additionally, the board must set aside the part of the resolution that imposes the sanction of suspension.

McNally and Paynter are each entitled to the costs of the petition.

In ruling, Justice Briana Hardwick, who oversaw the case, said in reviewing correspondence the two received following their suspension, there was not any substantive duties the trustees maintained following the suspension other than ceremonially holding the title of trustee.

She says the School Act has provisions that address the removal or disqualification of a trustee that are not applicable in this case.

“[A]lthough there is limited implied power to sanction or censure trustees, the Board does not have the power to suspend a trustee in a manner that amounts to a de facto removal of a trustee from their elected office,” Hardwick wrote in her ruling. “Accordingly, I find that the suspension portion of the Regulations are ultra vires the Board’s jurisdiction.”

The board had voted to remove the pair after an independent investigator, Marcia McNeil, found their behaviour amounted to harassment and bullying of district employees, including superintendent Shelley Green.

McNally says she hopes further consideration will be given to allegations of bullying and harassment at district levels going forward.

“The other issue here is a fractured council or a fractured school board, I have zero problems with that, I mean, it’s democracy,” McNally said. “Disagreements in public life and publicly elected parties are there for a reason, it’s so that different points of view can be seen.”

Paynter and McNally say the district has been in touch with them to let them know their computer access and email are being restored, and they will be sent information about the upcoming school board meeting on Sept. 26 so they can attend as trustees. 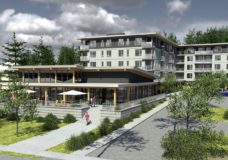 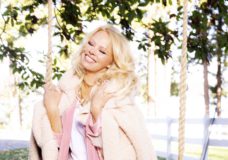