After months at sea in total isolation, Bert terHart arrived in Victoria and stepped onto land and made history.

The sailor was expecting a warm welcome from a few family members, but instead, he sailed into a rather large cheering crowd, including some surprising faces.

“To be back in the city I love with these people here, some of my friends, there’s a classmate from royal roads, 40 years ago, a friend I’ve had since grade three is here,” said terHart.

He set sail in October of 2019 and was supposed to be back three months ago, but his journey was postponed because of weather conditions and unforgiving seas. With no electronic aid, terHart sailed around the world using only traditional navigation equipment such as charters and a sextant.

It’s the first time a Canadian to successfully take on the challenge and complete it.

“There are 6,000 people that have climbed Everest, 600 people have been in space, 300 have gone nonstop circumnavigation around the world, and now I’m on that list, but now I’m on the list of five. Five people have been able to do what I’ve done, and one of them is Canadian, and I wanted to put Canada on the map,” said the solo-sailor, explaining one of the reasons he embarked on the journey in the first place.

terHart’s journey inspired and captured the attention of many from around the world. Kids from as far away as Kenya, New Zealand, New York, and even Winnipeg, have been following his journey in their classrooms.

“Also, I really wanted to bring some focus and attention to the problems that we face globally as a species, we obviously have climate issues,” said terHart.

“I feel so relieved, really lucky, my heart is filled with gratitude, it is quite a journey, and to have him back in one piece is quite remarkable,” said his sister Leah.

Surprisingly, sailing thousands of kilometres home wasn’t the most stressful challenge he faced.

With COVID-19, and the mandatory 14-day quarantine regulations for all returning residents, his family was worried hugs might have had to wait, even longer.

The case was irregular. He hadn’t had any contact with any other person in months, but he was still technically an international arrival.

“We for sure thought he was going to have to be quarantined, just because he didn’t fit any of the categories to be exempt from it,” said Leah. “I was told not to get my hopes up and that it was a five per cent chance I could give him a hug.”

There was careful deliberation from Border Services but they ultimately decided his solo trip counted as a self-quarantine. 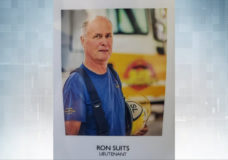 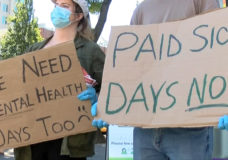