Frontline workers celebrate new COVID-19 vaccine rollout plan, but not everyone is included

Employees at Country Grocer in Victoria were ecstatic to hear the good news on Thursday: grocery store workers are included in the next group of people to receive a COVID-19 vaccine in April.

Emily Hildebrand, who works at the grocery chain, received an email from the company letting her know that they were next in line to be immunized.

“I heard that we were getting the vaccine, and I thought that was great,” said Hildebrand.

Co-worker Deborah Robinson said it’s a relief to think that she’ll be vaccinated soon, noting, “I think I’ll take the first one that I get. AstraZeneca, or Pfizer, or Moderna.”

They are among the more than 300,000 workers who will receive the AstraZeneca vaccine after B.C. Provincial Health Officer Dr. Bonnie Henry announced on Thursday that there will be a second vaccine rollout plan, which includes frontline workers.

“It’s just very exciting to be one step closer towards normal life again,” said Josh Saunders. “My mom has already been vaccinated, she’s a nurse. And my girlfriend is at nursing school as well, and she’s been vaccinated as well.”

The next group to be vaccinated includes B.C.’s teachers, childcare workers, firefighters and others.

“For a moment, I’ll be honest, I was feeling we were kind of getting forgotten there. But I was very pleased to hear that come April here, we’re going to be able to get vaccinated,” said Nemet.

Also included in this next group, is police officers.

The B.C. Association of Chiefs of Police says officers faced unprecedented challenges during the pandemic.

“It’s just going to add another layer of protection for our officers on the road on a day-to-day basis,” said the officer.

Although these frontline workers are excited to get their shots, there are other people also on the front lines who are not on the immediate COVID-19 vaccine list.

“Deeply, deeply dismayed and disappointed to get that news,” said Jack Bruckman, executive director of the BC Ferry and Marine Workers Union.

Most of BC Ferries’ 4,000 workers are not on the first-to-be-immunized list. The only exception is the workers who live and work aboard the Northern Expedition.

The union says its members are essential workers and it wants everyone vaccinated.

“A lot of members are saying that they feel betrayed,” Bruckman said. “This is definitely a kick in the gut. We want to be protected.”

In a statement, BC Ferries said it is happy with the decision to vaccinate some of its employees.

“We feel this decision acknowledges BC Ferries is a low-risk site,” said the company. “We understand the Provincial Health Officer faces difficult choices and we recognize the decisions are scientifically made and evidence-based. We are pleased with the recent decision to include some of our crew living aboard a northern vessel to be placed on the priority list.”

For now, the list stands where it is and those on it can expect to hear more details in the coming days about when and how to book in for their shot, according to public health officials. 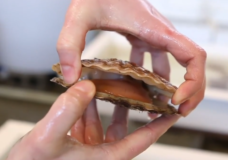 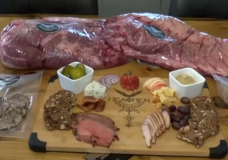