Dozens made their way to Victoria’s Mermaid’s Wharf to catch a glimpse of the Dynamic Beast crane doing some heavy lifting.

A 160-tonne counterweight was set in place by 10 a.m.. The first of two rings, the north ring weighing 290 tonnes, was set by the afternoon. The rings will be the pivot points of the bridge.

“The concern for me is the design. Is this something that is going to will last? Is it going to serve as well as the old bridge has and for as long?” said Ross Crockford, writer of johnsonstreetbridge.org.

Crockford has been a vocal critic from the beginning and insists we shouldn’t remove the old bridge quite yet.

“The final judgement is not to be rendered yet, we still need to see how it operates, how it works.”

Still, for most, it’s something that couldn’t come soon enough.

“I’m pleased we’re getting to this point,” added Huggett, “I think everybody is relieved we got here and we’re not looking back, we’re looking forward.” 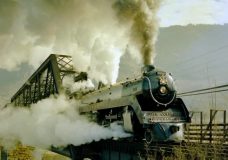 This Week in History: the Royal Hudson steam locomotive 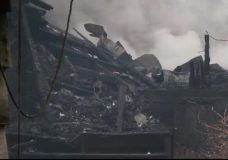 One person missing after large residential fire in Cumberland