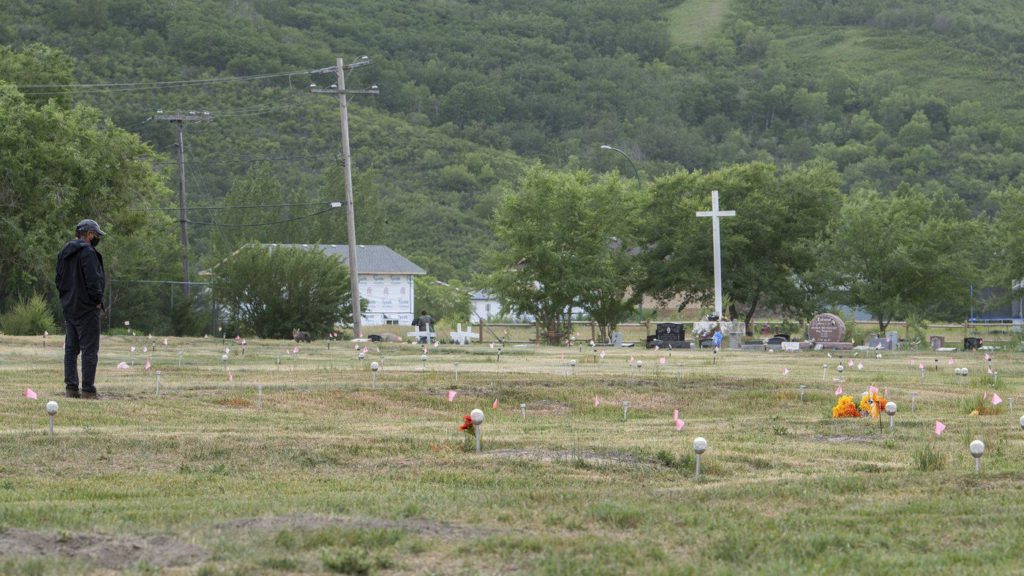 The Canadian government approached an international commission that helped identify the remains of those killed during 9/11 and the Lac-Mégantic rail disaster to potentially aid its response to the discovery of unmarked graves at former residential schools.

A spokesperson for the International Commission on Missing Persons confirmed Monday that the federal government had approached it for support, but said it had no further information to provide and didn’t specify when the outreach happened.

Headquartered in The Hague, the organization works in different countries to help identify people who have gone missing or been killed in major conflicts and disasters using DNA testing. It also helps governments and institutions shape policies related to such issues.

Over the past year, First Nations across Western Canada have announced the presence of what are believed to be the unmarked graves of Indigenous children who died while forced to attend residential schools.

At least nine communities have reported discovering 1,685 such graves, according to government statistics provided in May.

Ottawa has committed to providing money and resources to the First Nations to investigate the discoveries.

The federal government also appointed Kimberly Murray, a member of the Kahnesatake Mohawk Nation in Quebec and a former executive director of the Truth and Reconciliation Commission, to serve as an independent special interlocutor.

Murray was tasked with recommending policy changes and identifying options to protect and preserve the sites.

She said that while the commission does valuable work, the fact the federal government had been in preliminary discussions with it raised some concerns because it’s unclear if the request for their involvement came from Indigenous communities themselves, which she says must lead the process.

“We’re speaking about Indigenous children in these graves,” she said in an interview Monday.

“We’re talking about Indigenous communities. We have Section 5 constitutional sovereignty rights. It’s a little bit of a different approach that needs to happen with these investigations.”

Murray added that while planning for a recent conference in Edmonton, the federal government asked if her office was interested in hearing from the commission.

In a statement late Monday, office of Crown-Indigenous Relations Minister Marc Miller said “there is currently no contract in place” between the department and the missing persons commission.

“I would hope that if Canada is engaging in any kind of contract with the commission to do any kind of work that they would have discussed it with Indigenous leadership and survivors,” Murray said.

“How does their work incorporate Indigenous law?”

Some details on Ottawa’s thinking around possibly turning to the commission are contained in an undated briefing note prepared for the deputy minister of Crown-Indigenous relations, which was released to The Canadian Press under federal access-to-information legislation.

Titled, “Contracting the ICMP (International Commission on Missing Persons) for Engagement Services,)” the heavily-redacted document says the government has heard “repeated calls by Indigenous leadership to develop a national strategy to address the identification of unmarked graves and repatriation of human remains.”

It says communities have made it clear that Ottawa can’t be involved. Successive Canadian governments funded and oversaw the residential school system, though churches operated the institutions.

“The first step in developing this strategy is engagement,” the briefing note reads, saying the commission has “expertise exclusively focused on addressing the complex issue of the identification and repatriation of human remains.”

“As an arm’s length international organization, the ICMP has a reputation as a trusted interlocular with a strong reputation for independence and impartiality.”

It goes on to list how the organization worked with Quebec authorities to help identify some of those killed in the 2013 Lac-Mégantic disaster, when nearly 50 were killed after the downtown derailment of train cars carrying crude oil.

More recently, the organization says on its website that it has been tapped to help in Ukraine, where thousands of civilians have been killed or gone missing since Russia launched its invasion in February, and where recent mass gravesites have already been found.

Murray said it is critically important that investigations into unmarked graves remain independent of the Canadian government.

“It’s the state police, the state government, that caused the problem that we’re currently trying to investigate our way out of,” she said.

Murray has independently pursued outside expertise, including during the recent conference in Edmonton.

Her office invited the Forensic Anthropology Foundation of Guatemala, which has helped communities set up labs to investigate and try to identify the remains of those killed in its civil war.

This report by The Canadian Press was first published Nov. 1, 2022. 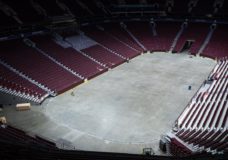 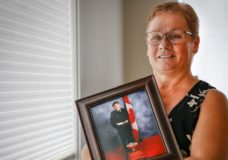