‘I was so emotional’: Fate of baby eagle on Denman Island grips the community

October 3, 2020 updated
CHEK
WatchBaby eagle that couldn't get back to its Denman Island nest leads to rare encounter. Tess van Straaten has the incredible survival story.

Denman Island is a nature lover’s paradise with an abundance of wildlife, including eagles and eagle babies.

And this year, the story of one baby eagle gripped the small island.

It all started in February. That’s when Sally Dyck and Denis Lacasse realized the bald eagles on her property were preparing for babies.

“Then in June we noticed a baby standing on the side of the nest, which was just a fuzzy blob,” Dyck says.

There soon realized there were actually two babies but one was lost to predators.

And then the second eaglet disappeared.

“Oh, it was so devastating!” says Dyck, tearing up. “When I thought the second baby was gone and dead, I was a wreck, it’s like I lost a member of my family.”

After a few days, Dyck began to think the baby might still alive.

Dyck spotted the mama eagle flying low in clearing and decided to go bushwhacking to try and find the little guy.

Clamoring over a berm, she found the eaglet living in the roots of an overturned tree stump and nicknamed him Waldo because he blended into the background so well.

In the days that followed, Dyck began checking on him several times a day from a safe distance. Then one day, she witnessed something few people get to see.

“I saw a shadow come over my head and when I saw the adult bird coming down, I didn’t stop clicking and I didn’t see half of the activity it happened so fast,” she says.

One of the parents had dropped off dinner and they’d continue to feed Waldo for the 31 days he was down there, which experts say isn’t unusual.

“Up to half of first flights fail and wind up with the young on the ground so the adults are prepared to feed the juvenile for several weeks,” explains bird expert Mike Morrell. “They don’t have time in a season to start over again so once they have one fledgling, they have a big investment in that youngster.”

When Waldo finally made it back to the nest and took flight, Dyck held her breath, only to watch in awe as he gained confidence and did circles in front of their house.

“I was so emotional. I had tears in my eyes,” Dyck says. “Just to watch that video back and to see him flying, I’m getting teary again. It was amazing.”

Waldo and his parents have now moved on butDyck’s hopeful they’ll come back.

“I hope if he does come back he flies a circle in front of our house to let us know it’s him,” she says. 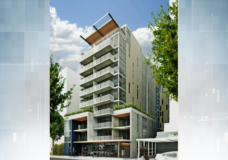 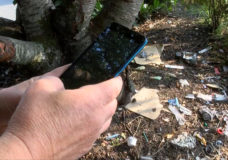