Farmers are always checking their crops, but 2022 has been a strange year for growing and they’re keeping a closer eye on their fields than usual.

As late as May and early June many farmers on Vancouver Island were still dealing with cool, wet conditions that had persisted for weeks.

“Yeah we have 30 acres of potatoes that were never planted,” said Bob Sieffert of Sieffert Farms near Comox. “The seed went to the cows and there’s bare ground there right now.”

That’s 35 per cent of his potato production alone.

Then in July the sun came out and temperatures soared but it was suddenly too much, too quick.

“Early plantings, everything just sat there and didn’t do anything and then when the heat came on they couldn’t take the heat and the things that did start to grow got bunched together,” said Bob.

“Everything, like broccoli, cauliflower, cabbage, lettuce, so everything that we planned to space out we saw all of those be ready together,” said Sieffert’s daughter and farming partner Alysha. “Plantings that should have lasted a month and a half we were harvesting within a three-week span.”

Farmers have had to deal with fungal infections because of the spring moisture and then pests came all at once.

“With the cool weather it delayed the onset of insects, pest insects so we almost saw them come in waves this year which is definitely harder for us to manage,” said Alysha.

The summer turned extremely dry and just 2 mm of rain fell in Comox over the last two months.

The Sieffert farm property has a number of wells but watering the crops has been a full-time job.

“It’s been a struggle this year to try and make sure we don’t waste any water and make sure the water we do have lasts through the summer,” said Alysha.

It’s not all bad news, however, bite into Siefferts corn this year and some varieties could be the best they’ve ever grown.

“The heat is good for the sweetness and flavour in a lot of these super sweet varieties,” said Bob. 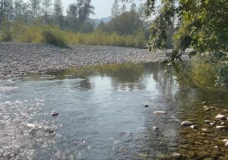 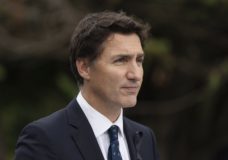