Posted: Oct. 15, 2020 6:39PM
CHEK
WatchThe Campbell River teenager was last seen on video surveillance cameras in the early morning hours of October 16, 2017. His family believes someone knows something about his disappearance and is urging them to go to the police.

Morgan Holling has a hard time finding the words to describe what three years without his son feels like.

“Every day we think about him,” said Holling. “It’s hard because you don’t know if he’s around or if he’s gone and there are no answered questions so day to day you don’t know.”

Three years ago on Oct. 15, 2017, after finishing his shift at a local A & W, 17-year-old Jordan Holling visited two friends at the Tyee Apartments on 16th Avenue in the Campbellton part of Campbell River.

Several hours later, early on the 16th of October, he left and said he was heading to his mom’s house just a few short blocks away.

“It was a normal night, we played video games,” said Sayde Coffill who was there that night. “He just said he was going to walk to his mom’s house and that he loved us. He just said I love you to Raven and I love you to me and he left.”

He never made it to his mother’s house.

“It’s like part of your house has been ripped out and your heart is broken,” said Holling’s grandmother Sue.

“We still continue to receive tips in regards to Jordan Holling and his disappearance. Any tips we receive are followed up on immediately,” said Campbell River Constable Maury Tyre.

Most of the tips relate to possible sightings and investigators immediately begin looking for surveillance video.

No tip has turned into a solid lead.

Family and friends believe someone knows something about Jordan’s disappearance and are asking them to go to the police.

“Jordan is very missed,” said his mother Andrea. “I hope that if someone out there has information that they come forward to RCMP or Crimestoppers.”

“It would be hard to come forward but you would feel better, you would get rid of that guilt,” said Sue Holling, appealing to anyone who might have direct knowledge about Jordan’s disappearance. 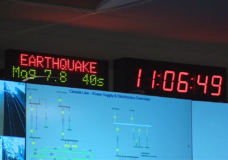 Experts suggest how to prepare for an earthquake in a pandemic 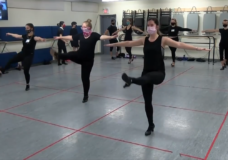