In the one and only televised debate on Tuesday night, British Columbians got to watch their provincial party leaders square off.

“This is as close as we’re going to get to having a candidate at our doorstep,” said David Black, a political communications professor at Royal Roads University.

Horgan set out to protect the NDP’s current lead in the polls and defend calling the election. Wilkinson, trying to prove the Liberals record, and for Fursteneau, newly elected leader of the BC Greens, it was to introduce herself and make up for lost ground.

“You’ve got a party that suffered some internal disarray,” said Black.

“Their leader effective not only stepped down but also campaigned for her opponents.”

And while there no full knockout blows, many are giving this debate to the greens.

“I would say that Sonia Furstenau won,” said Black.

“I think she was best at prosecuting what was maybe the central question in the debate itself – why are we having this debate at all?”

But it was the words on unconscious bias, that likely will linger.

“I did not see colour,” said Horgan in his answer about white privilege.

It’s something Horgan walked back on, immediately after the debate, saying he misinterpreted the question.

“I was inappropriate to say I don’t see colour. I don’t have a clue as a white person the challenges that people of colour face every day,” said Horgan.

But will this debate really change anyone’s vote?

“I can think of one hand the debates that have changed the course of an election,” said Black.

“Generally speaking, debates and more interesting as a kind of x-ray into the process, into the thoughts and feelings of the leaders, not necessarily things that significantly will budge anything but the tightest of elections.”

And with the lead in polling numbers currently enjoyed by the NDP, experts say the debate likely won’t change much. 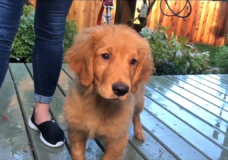 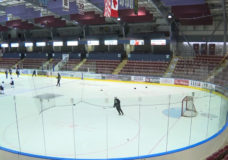