Experiment by Nanaimo students is headed for space

Three Nanaimo high school students are about to see one of their experiments reach some very lofty heights. It is going to be tested in space. Their research focuses on a drug used to combat muscular atrophy and the honour is a first for any students on Vancouver Island. Kendall Hanson reports.

Three Grade 11 Nanaimo students have their sights set on making space a better place for astronauts.

Muscular atrophy is a major challenge for those living in zero gravity. The students are wondering if the supplement L-Carnitine might help combat it.

They’re planning on injecting it into flatworms and then sending them to space.

“And we’re going to see how in space they experience muscle atrophy and we’ll see if the L-Carnitine actually prevents that or not,” said student Megan Poteryko.

After their return, they’ll weigh the worms to see if there’s any difference in their muscle mass.

“If it is successful it could lead to future research and study in l-carnitine in prohibiting muscle atrophy in humans,” said student Abigail Sitler.

Getting here was no easy task. They were among 200 students at Nanaimo District Secondary who in their own time came up with proposals for zero gravity space experiments. Of 50 proposals Vancouver Island University professors helped select three to submit to the Student Spaceflight Experiment Program.

And theirs was selected from those submitted across North America to go to space.

“We were all overwhelmed,” said Poteryko. “We couldn’t believe it because it’s been such an incredible opportunity.”

“It’s been such a great journey and we’ve learned so much through it,” said Parker Davie.

The Space X will take their experiment to the International Space Station at a cost of $24,000 US. The school district, BC Hydro and Island Savings are among its funders.

The trio will attend the launch at the Kennedy Space Centre in Florida in the spring and watch their efforts expand the world’s knowledge about living in space. 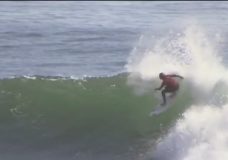 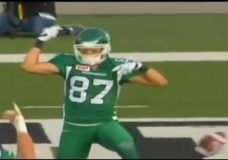