Gorge Waterway in Esquimalt may cost millions of dollars to fix

WATCH: More than 400 homes could be affected and some property owners could be stuck footing part of the multi-million dollar bill for the Gorge Waterway. Ceilidh Millar reports.

The contamination in the Gorge Waterway was first detected in July of this year when organizers of the Gorge Swim Fest were forced to pull the plug on the annual event.

The source of the sewage spill was discovered in late October, marking the beginning of a painful situation for Esquimalt residents and council.

“It’s a tough one because it’s not something we can ignore or let slide,” said Township of Esquimalt Councillor Meagan Brame.

Jeff Miller, the director of engineering and public works for Esquimalt, says hundreds of household sewage lines are crossed with storm drains running along the Gorge.

“We’ve done smoke testing and we have a potential 400 homes with cross-connections within the entire township,” Miller said.

According to a report presented to council in early December, separating the two systems could cost between $3 million and $13 million.

In a report presented to council, one of the options was for affected homeowners to foot part of the bill

“We need to figure out the problem, so they want to start with a pilot project on Gosper Crescent,” Brame said.

The town is planning to start on Gosper Crescent because four homes on the street were found to have cross-connections or failing services lines following the Gorge Waterway spill.

The report says the cost to fix the pipes on that street is estimated at $104,000.

Two pay models were presented to council, including one where the township would cover 75 per cent of the cost which would mean homeowners would pay around $5,000 per home.

“Unfortunately, this is a regional problem and it’s not just in Esquimalt,” Brame said. “It’s going to be a big conversation for years to come.”

While further testing needs to be completed, residents like John Roe are worried about long-term effects of the leaks running well below the surface.

“There should not be this stuff discharged into our marine environment anywhere on our Island,” Roe said, who runs the Veins of Life Watershed Society.

Esquimalt is working on creating a bylaw and will decide how the hefty costs of the fix will be shared in the new year. 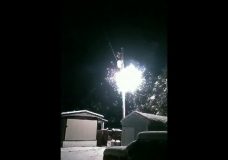 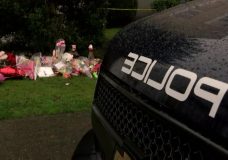