It’s a stretch of the Gorge Waterway that’s caused headaches and put kayakers and paddlers in dangerous situations for years.

“We’ve got a real challenge and the challenge is right there,” said Esquimalt Coun. Ken Armour, referring to the Tillicum Bridge.

Underneath the bridge lies tidal rapids and currents that have caused people to either simply avoid it, or put themselves at risk trying to paddle through it. But on Monday night, Esquimalt council unanimously passed a motion to look into building a landing beach and pathway that would help paddlers avoid the sketchy stretch.

“It’s pretty unique in North America to have an inland waterway like this and by putting in the facilities there, we would be making it accessible for all recreational boaters and I think it would be a fantastic opportunity for the community,” Armour said.

The pathway would help complete the roughly 17-kilometre loop that touches a handful of municipalities by allowing kayakers to go under the bridge and connect to Gorge Park where they could then safely continue on. Experts can attest to the trouble this stretch has caused.

“We have over the years, we have lots of recreational kayakers that go up, and have gone up too far under Tillicum by mistake and we’ve had to manage a number of rescue missions,” said General Manager of Fairway Gorge Paddling Club Erik Ages.

Armour’s idea has received a significant amount of support over the past few days, especially from the tourism industry.

“It gets people deeper into the region and we like to have people to and through and explore all of that kind of hidden treasures in the city so that there left with a sense of wonder and wanting to come back again,” said Tourism Victoria CEO Paul Nursey.

Whether it’s tourists or locals that would use the new, easier route, Armour says it’s not a done deal. A report will be ready for council by spring. And the project would cost up to $200,000. 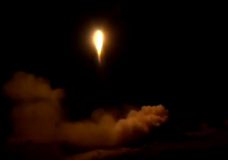 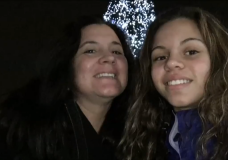 'It's always been the two of us': Mother/daughter travel cross-country in pursuit of swimming dream in Victoria