Emergency room wait times in B.C. among the worst in Canada, says report 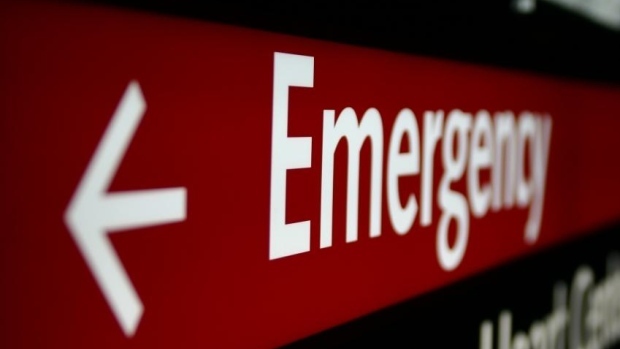 Patients are spending even more time waiting for treatment in British Columbia emergency rooms, according to a new report from the Canadian Institute for Health Information.

According to the study, 90 per cent of B.C. visits were completed after 8.4 hours in the 2016-2017 fiscal year, compared to the national average of 7.8. The report also found that the length of time for 90 per cent completion was up since last year by about 12 minutes.

Manitoba and Saskatchewan had even higher completion times, according to the study. The Canadian Institute for Health Information suggests (CIHI) that 90 per cent of patients’ ER visits were finished after 11.9 hours in Manitoba and 10.1 in Saskatchewan. Prince Edward Island and Nova Scotia took 7.8 hours and 7.9 hours respectively, while Ontario’s was 7.5 hours, Alberta’s was 7.1 hours and Yukon’s was 4.3.

There were no other provinces were listed in the study.

B.C. and P.E.I. both came in fourth for the median length of stay in emergency rooms, with 50 per cent of ER visits completed in about 2.9 hours.  The worst time was Manitoba at 3.9 hours and the best time was Yukon at 1.5 hours. The national average was 2.7 hours.

As for the 10 per cent of patients whose visits were not complete in 8.4 hours in B.C., CIHI found that patients waited an average of 42.7 hours to be admitted. That is a 21 per cent increase in admittance times compared to the previous fiscal year. 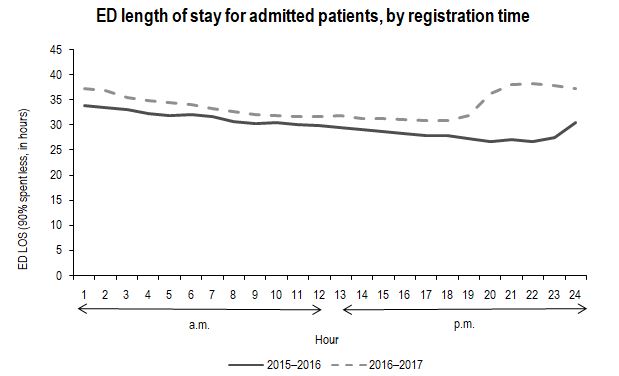 Nationally, the average time for patients to be admitted was 32.6 hours. The average Canadian is waiting four more hours compared to five years ago.

Patients who registered in Canadian ER’s between 9 p.m. and 10 p.m. saw the longest wait times, with 90 per cent of visits completed within 38.1 hours.

The study’s findings are based on more than 11.2 million reported emergency department visits in 2016-2017. The study said the top 10 causes of ER visits across Canada were abdominal pain, throat or chest pain, respiratory infections, back pain, disorders of the urinary system, open wounds and bacterial infections. 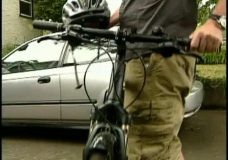 Victoria among national leaders in sustainable transport use 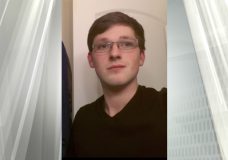