Easing COVID-19 restrictions too soon could be disastrous for British Columbia, epidemiologist warns

Posted: Dec. 6, 2020 8:12PM
CHEK
WatchAn expert in the study of disease outbreaks says if British Columbia were to ease restrictions now, the results could be disastrous. Ben Nesbit has more.

An expert in the study of disease outbreaks says if British Columbia were to ease restrictions now, the results could be disastrous.

“Were standing beside a fire with a hose and we have a big dry landscape of people who are not immune and as soon as we turn off the hose we expect the fire to come back,” Caroline Colijn, an epidemiologist at Simon Fraser University.

Back on Nov. 19, Henry put in place new orders including only allowing people to socialize with their immediate household, making masks mandatory in all indoor public spaces, and banning large events or gatherings.

The move was intended to bring down a rising number of new COVID-19 cases, but the recent data suggests that the restrictions have not reduced the number of new cases across B.C.

Between Nov. 13-19, before the orders were implemented, the average daily case count was 638.

From Nov. 28 to Dec. 4, the last day officials provided an update, the average daily count was 703.

In the Island Health region, during that same time period, the average number of cases dropped slightly from 15 down to 13, a full two-week incubation period with little to drop off.

The restrictions that were put in place by health officials last month could be lifted on Dec. 7, however, with cases climbing, it’s unclear whether that will happen.

Colijn believes easing restrictions, whenever that happens, will have to be much more calculated this time around.

Dr. Bonnie Henry, the provincial health officer, will hold an announcement tomorrow afternoon to discuss the province’s plans regarding the restrictions. 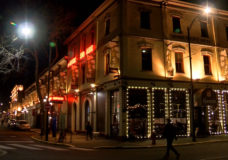 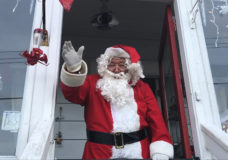