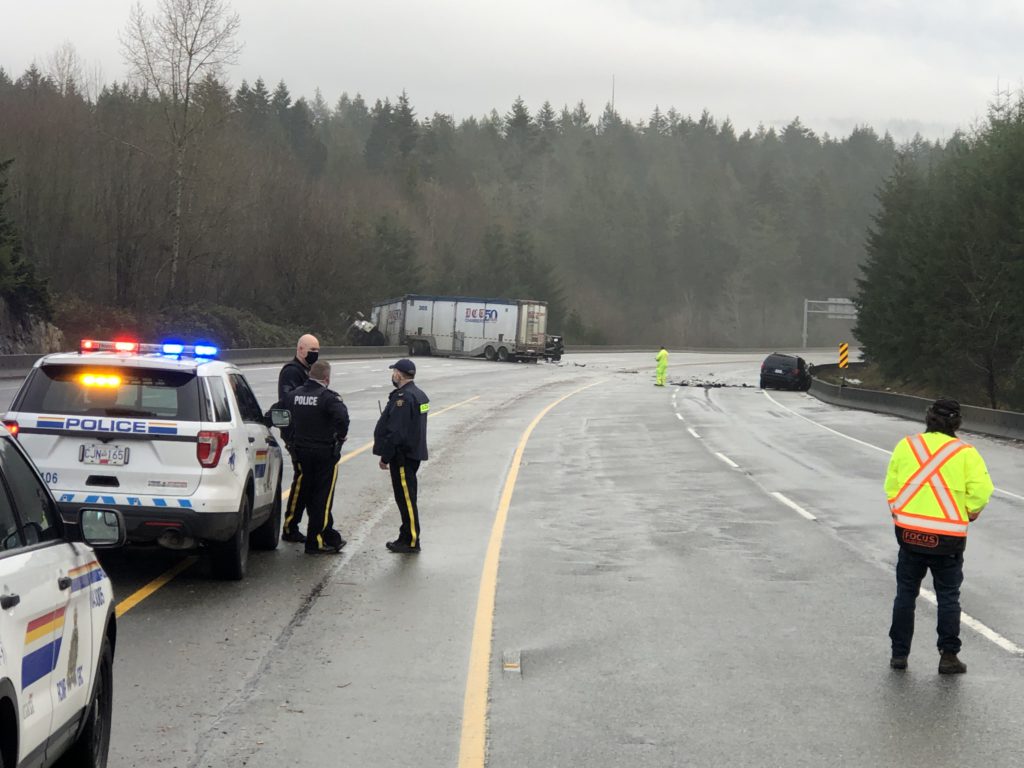 File Photo
The Nanaimo RCMP has said that the Duke Point Highway has been temporarily closed due to a multi-vehicle collision that occurred on Tuesday morning.

The Nanaimo RCMP has said that the Duke Point Highway has been temporarily closed due to a multi-vehicle collision that occurred on Tuesday morning.

As a result of the crash, three adults have been taken to hospital with serious injuries.

Three vehicles were involved, according to police, and officers shut down the highway for an extended period of time in both directions.

Police say that investigators spoke with several witnesses, including the drivers involved and have formed a preliminary idea of what happened during the collision.

Investigators say that it appears a van headed westbound – occupied by two adults – crossed over the centre line and collided with an eastbound semi-tractor, causing the semi-tractor to go off the roadway left.

As a result, a woman passenger who was in the van was ejected onto the roadway.

Police say then immediately afterwards, a westbound pickup collided with the van.

An Air Ambulance attended the scene of the crash in order to assist with the injuries and transported the pickup driver to Victoria hospital.

The other two were taken to the Nanaimo hospital.

The driver of the van sustained minor injuries, however, was also taken to hospital.

“All three vehicles were destroyed and the highway will be closed for most of the day,” added Nanaimo RCMP.

Multiple squad cars were onsite as crews controlled the scene and gathered information.

Motorists are being advised to take alternative routes.

Investigators are asking if any drivers who were at the scene and have dashcam video or cell phone footage, to please contact the Nanaimo RCMP non-emergency line at 250-754-2345 and quote file # 2021-1374. 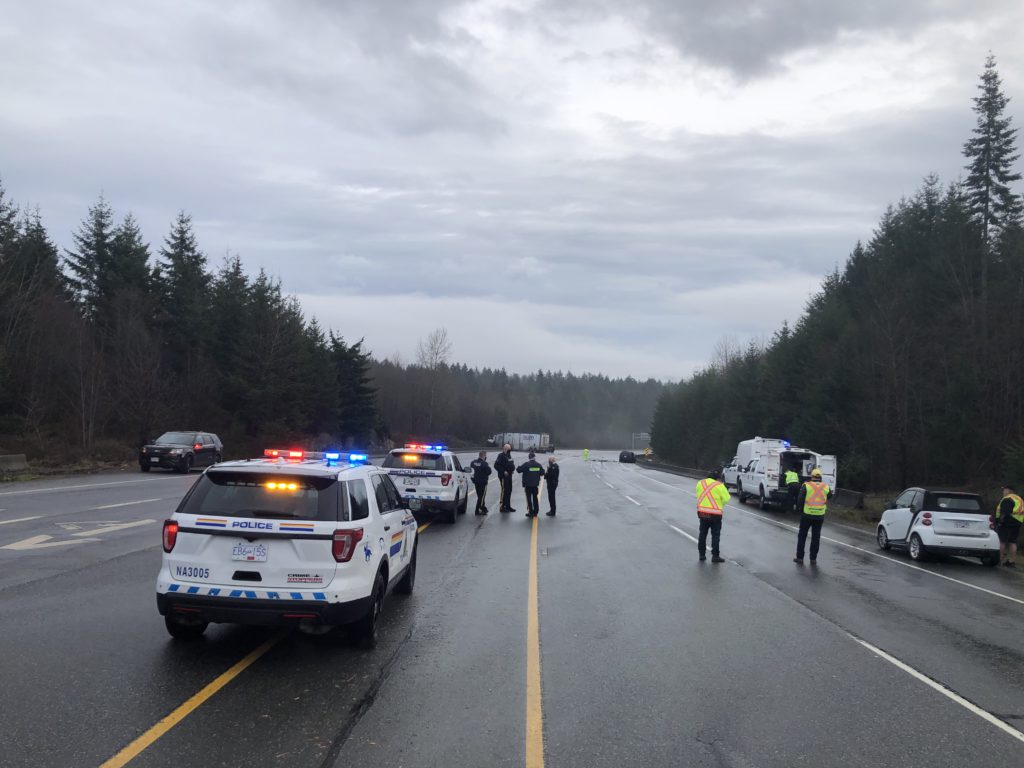 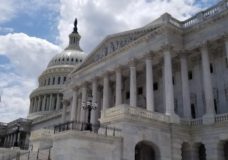