WATCH: A downtown Victoria medical clinic is set to close, adding to a doctor crunch that will leave some vulnerable patients in the lurch. As Kori Sidaway tells us, the doctors are hoping for funding so they can keep their doors open.

Dr. James Houston at downtown’s Yates Integrated Health is busier than ever.

But the clinic that services almost all of downtown Victoria will close in June unless another solution is found.

“I don’t feel really good about closing the door and saying you’ve got to find your medical care somewhere else,” says Dr. Houston.

Six family and walk-in doctors at this busy city-centre clinic are leaving. And finding doctors to replace them, has been near impossible.

“If we could offer competitive wages, then we could solve this problem,” says Dr. Houston.

“This is a primary medical care crisis for sure.”

The imminent closure is leaving many patients wondering where they’ll turn to for care.

“This is a vital downtown clinic, we need this clinic,” says Karla Rempel, who’s been a patient at the Yates Clinic for 15 years.

“People should have health care. It’s as fundamental as food on the table or a roof over your head,” says David McDonald.

But many doctors say there’s little to no incentive to work as a family doctor in B.C. cities anymore.

Hospitals tend to pay 30 to 40 per cent more than family practice, and rural communities pay double, making both options more enticing for graduates who often carry $250,000 to 300,000 in debt.

“I’ve managed to recruit some doctors to work as of June,” says Dr. Houston.

“But I can’t do it if there’s no support from the ministry for overhead costs. It still won’t pay the bills.”

Dr. Houston has been asking the city, the province and Island Health for help in funding since January. But to no avail.

“This isn’t a problem that can be solved on a local basis, municipality by municipality,” says Victoria’s Mayor Lisa Helps.

“It’s a question that we need to ask as a region, and as a province.”

“We’re strongly committed to reducing the number of people without family doctors in BC,” added Health Minister Dix.

The new West Shore urgent care centre sees an average of 375 patients per week.  Compare that to the Yates Integrated Health which welcomes roughly the same amount of patients through their walk-in side alone.

“Seeing a patient in the emergency for the same thing a family doctor can is four times the cost.”

For now, tens of thousands in the downtown core of Victoria will have nowhere to turn this summer, unless a quick fix is found. 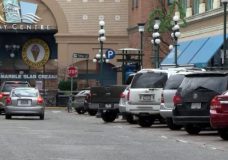 Free Sunday parking in downtown Victoria ends May 1, but council votes to cushion the blow 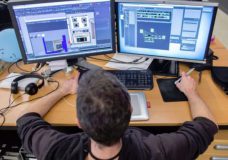