A doctor who flies into remote First Nations communities to provide much-needed medical care says the health authorities responsible have stopped paying for a helicopter to get him there.

“Nobody wants to own it and it’s very hard for us as service providers and certainly very hard for the community who are not getting what they deserve or need,” said Dr. Pream Armogam who runs the Port McNeil Medical Collaborative.

For the past 16 years, Dr. Armogam has been flown into the isolated coastal community of Oweekeno to provide medical care to the Wuikinuxv First Nation community.

“There’s a service need for a lot of remote communities that is not able to be met in those communities,” said Dr. Armogam. “It can vary from not having lab access, to the ability to do prescription refills, or just an assessment of things that have been brewng over time.”

But as of last week, Dr. Armogam and three other doctor’s trips to remote communities have been cancelled because the helicopter company flying him there says they haven’t been paid by the health authorities since February, amounting to $75,000 in unpaid charges.

“I just want to figure out who to bill,” co-owner of West Coast Helicopters Peter Barrat told CHEK News.

Barrat says since flagging the issue, it’s been bounced between Vancouver Coastal Health, Island Health, and the First Nation’s Health Authority (FNHA) as to who is supposed to pick up the tab.

“I thought I needed to speak out for the community to say, something is broken here and how do we fix this?” said Dr. Armogam.

West Coast Helicopters has been flying doctors into remote communities around British Columbia for 44 years. Until recently, they flew one doctor from Port Alice to Kyuquot on the east side of Vancouver Island, two doctors from Alert Bay to Kingcome Inlet, and another from Port McNeill to Oweekeno.

Historically, Island Health used to foot the bill for doctors heading into these remote communities, but more recently the Province has been paying for those to Kyuquot, with the FNHA paying for Kingcome Inlet and Oweekeno.

“I think the Vancouver Coastal and Island Health have deflected the fiscal responsibility to FNHA, but unfortunately also abandoned the operational support to FNHA that was promised,” said Dr. Armogam.

No health authority answered CHEK News’ question as to why transportation for doctors was suddenly unpaid.

“The First Nations Health Authority is aware of this issue and is currently working with our Health Authority partners to resolve the situation as quickly as possible,” said a spokesperson for FNHA in a statement.

“We all talk about marginalized communities, vulnerable patients, and Indigenous communities. This is by definition that exact same thing but there is minimal system response to this and a lack of accountability on how this care gets delivered,” said Dr. Armogam. 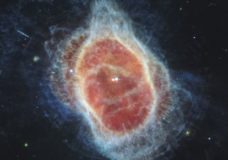 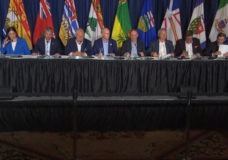