Fisheries and Oceans Canada (DFO) said on July 25, it located an entangled humpback whale in the Sutil Channel.

The animal had a trap trailing close to it’s body with the entanglement of rope through its baleen, DFO said.

The crew was unable to attach a working line/satellite tag to the gear due to how tight the rope was on the body of the whale.

On July 26, while en route to find the entangled whale, crews received a report of an entangled humpback whale calf in the same area. DFO Marine Mammal Rescue, DFO C&P (Conservation & Protection) Campbell River and Straitwatch were able to remove more than 200 feet (61 metres) from the calf after working for 10 hours from Salmon Point, Campbell River to Kelsey Bay.

As the weather got worse, the crew attached a satellite tag to the remaining gear.

DFO went back out Monday, with DFO Port Hardy C&P as a lead vessel and the Marine Education and Research Society as a support vessel to finish the disentanglement.

The DFO Marine Mammal incident reporting hotline also received a report of a third humpback in the B.C. Central Coast area that is entangled in a seine net and is mobile with a 100 feet (30 metres) of netting. The animal has not been relocated.

“Debris is a real problem for marine wildlife. The public can help prevent entanglements by cutting packing material, banding, rope and other looped material before disposing of it, and by not be disposing of these materials in the marine environment,” DFO wrote in a statement. 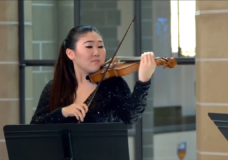 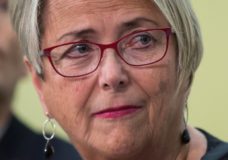