Despite travel restrictions, many BC Ferries reservations close to Christmas sold out

It was a very different look at the Swartz Bay ferry terminal on Friday, with hardly a car in sight. It’s likely an indication that people are following a travel advisory discouraging all non-essential travel.

But many are wondering if the terminals will remain empty once the holidays approach. If BC Ferries reservations are any indication, the chances are slim.

In the days leading up to and following Christmas, many sailing reservations are already sold out.

While Dr. Bonnie Henry has said that university students can travel home for Christmas, everyone else is being told to avoid non-essential travel. But BC Ferries admits they won’t be enforcing the rule.

“BC Ferries isn’t an enforcement agency so we are going to ask people right now through interviews like this to listen to the recommendations from the Province of B.C. and to follow the guidance of leading health officials which is to avoid non-essential travel over the holidays,” said BC Ferries spokesperson Astrid Chang.

BC Ferries says part of the reason behind the sold-out reservations may be because they have far fewer sailings than a typical holiday season. Last year they added 171 extra sailings, and this year only a handful.

And they say it’s possible people will still cancel their reservations in light of the extended restrictions. And because of the travel advisory, they qualify for a refund.

“If they have to change or cancel their bookings, we are going to be able to refund some of those reservations for the period up to January 8th,” said Chang.

Chang also added that while passenger traffic is down significantly, commercial traffic, which includes couriers, is actually up. 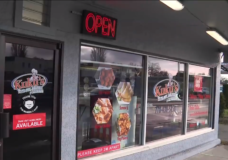 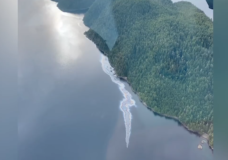