A pickup truck broke through an anti-pipeline blockade on Highway 19 near Courtenay Monday.

The vehicle headed the wrong way up the northbound exit 117. It broke through a wooden barricade and after hitting cones, it crossed the grass divider before driving away southbound.

No demonstrators were at the northbound exit during the incident. The RCMP says they are looking to speak to the driver.

On Monday afternoon, a person who wasn’t protesting was arrested when a group of people arrived to try to take down the blockade. The group was wearing bandanas and came out of the nearby woods, Wet’suwet’en supporter Kiyoshi Kosky said.

Hwy 19 between #BuckleyBay and #Cumberland is still closed due to ongoing #Wetsuweten protest. One non-protester was arrested earlier this afternoon when a group of people showed up to try to tear down the blockade. ⁦@CHEK_News⁩ pic.twitter.com/6pO1DJLzav

Wet’suwet’en supporters moved in and blocked the major roadway near exit 117 at 12:30 a.m. By Monday evening about 50 protesters are on the highway.

Both directions have been blocked. RCMP and traffic flaggers have detours in place.

It is in response to calls from some Wet’suwet’en members to stop Coastal Gaslink from building an LNG pipeline in northern B.C.

Demonstrators, who refer to themselves as land defenders, say drivers are still able to get through but will be delayed. They add that northbound traffic is being forced to go through the Buckley Bay ferry exit, while southbound traffic is able to get off on Exit 117 and take Highway 19a.

“We are here until the provincial and federal governments respond properly to the humanitarian crisis they have caused in violation of the law,” said Deraek Menard, a supporter with Extinction Rebellion Nanaimo.

“Of course we want attention. That’s why we are doing this no one is paying attention. They are destroying those people’s land which contains their natural heritage. It’s a continuation of cultural genocide.”

The blockade is part of a Canada-wide movement. Protests have shut down many roads, ports, bridges and railways.  Police arrested protesters Monday morning at the Port of Vancouver after an injunction was granted.

Tensions have been rising at the Highway 19 blockade, with one man arguing against the protesters.

Strong opinions at the #Courtenay #Cumberland Hwy 19 blockade in support of #Wetsuweten this morning. @CHEK_News pic.twitter.com/eiVVWcfpFb 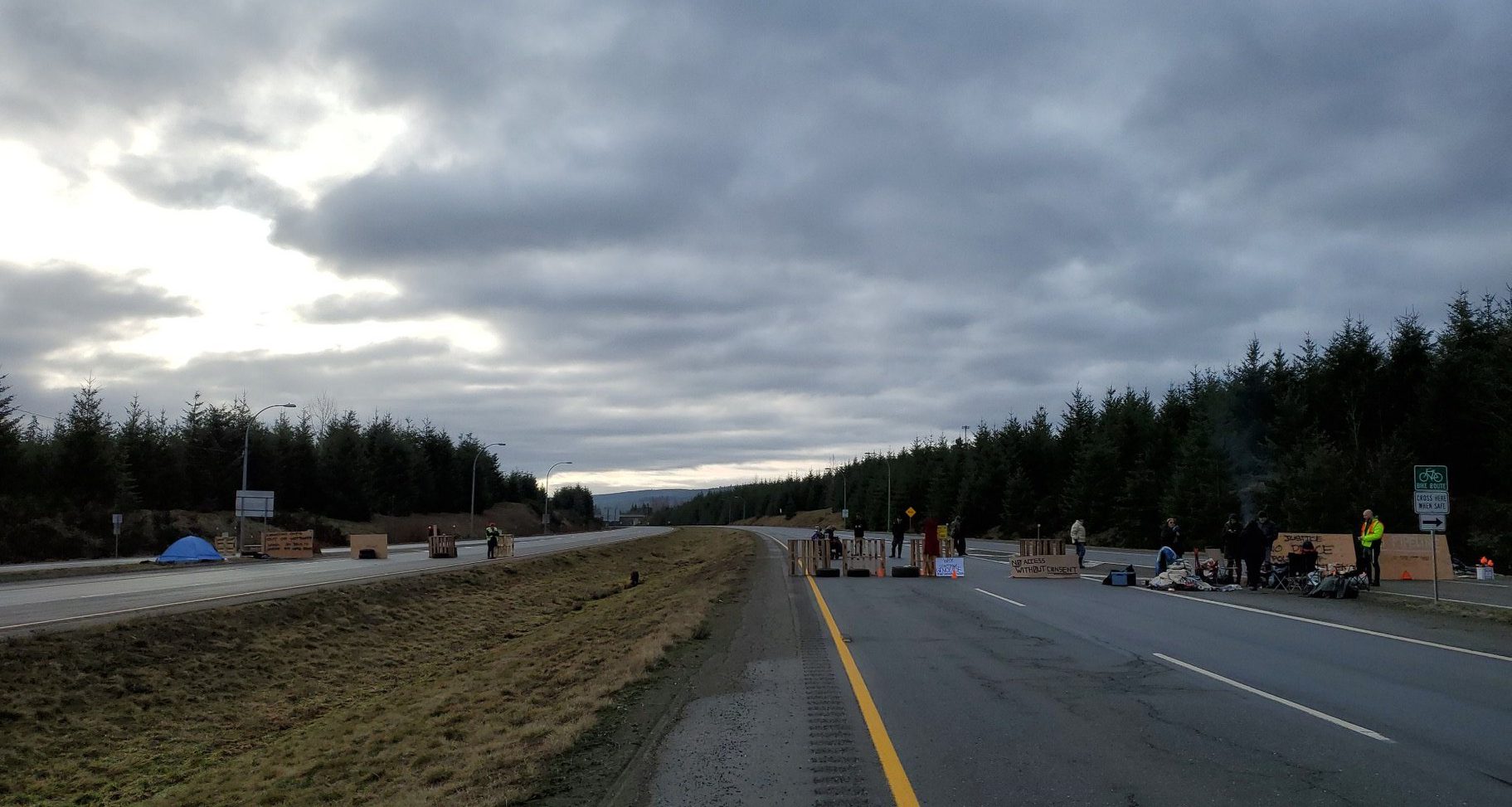 Demonstrators block Highway 19 near Courtenay in support of a fight against a natural gas pipeline (Photo: Deraek Menard) 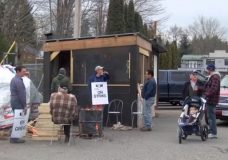 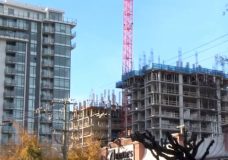