WATCH: Nanaimo’s tent city has seen a second death. This one is also suspected to be caused by a drug overdose. It happened Sunday, less than three weeks after the last death. The death has those at tent city calling for an overdose prevention site on the property. Kendall Hanson reports.

There was a sombre mood at Nanaimo’s tent city on Monday. One of the site’s residents died there yesterday. His friends suspect he was the victim of a drug overdose.

“We all are really saddened by it,” said Amber McGrath from Discontent City. “We’re in the middle of a crisis and unfortunately, it’s affecting everybody from tent cities to houses, to hotels, everywhere.”

The man in his 20s was the second person to die from a suspected drug overdose in the past three weeks. On June 27, a woman in her 40s, who was visiting the camp, also died.

Those at the Tent City said it’s time the government provide an overdose prevention site.

“For here that people on the outside could use as well. Like a trailer with some hydro and safe supplies so that people aren’t dying because whether we like it or not people do drugs and we need to get over it and move forward and start saving them,” said McGrath.

Nanaimo’s mayor says the site would require zoning changes before a safe injection site could be built in the city.

He says the city currently has a temporary overdose prevention site in a building on Wesley Street.

“It does bring a whole different element to that housing project and a lot of the folks that live within that housing project are not pleased with the fact that it’s being used for that purpose right now,” said Mayor Bill McKay. “So while we’re not fixed to that site we’re still looking for other potential sites.”

Those at tent city says they need help right now but McKay says solutions are complex and won’t come overnight.

“Island Health, BC Housing and the city need to start working more closely together to provide all the services needed by people in the community including housing and including supports for mental health and addiction,” said McKay.

And the mayor says any new overdose prevention site would take a funding commitment from the provincial government too.

Meanwhile, the city will be in court on Tuesday seeking an injunction that will allow the city to shut its tent city down. 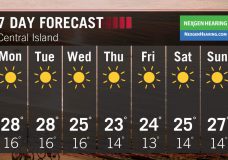 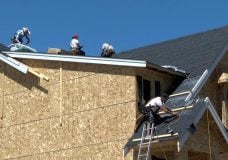