WATCH: One long-time daycare operator says unless issues with hiring and retaining staff are addressed, there will continue to be problems with B.C.’s childcare system. April Lawrence reports.

Saxe Point Daycare in Esquimalt is full of children’s squeals and laughter on a Monday morning. But trying to get your child a spot there or anywhere else in the region isn’t quite as much fun.

She has eight of her 16 children moving onto kindergarten in the fall, and at first, she was concerned about filling so many spaces.

“Unprecedented. I was full for the September spots as of March,” she said.

Brame has been working in childcare for decades and says right now is the perfect storm. People are having more children so demand is way up, and while the province has promised 22,000 new spaces over the next three years, there are many centers closing.

“We lost them due to a staffing crisis. There are no infant toddler teachers, or very very few, so there’s poaching going on between centers,” Brame said.

“We need to invest in the staff. That has got to be the next move, and it’s to be quicker than later,” she said.

Brame estimates the region has lost about 100 daycare spaces over the last few months.

Happy Campers Child Care is closing its Otter Point location which has 12 infant-toddler care spaces, and Leap Forward daycare in Langford will close at the end of the month and it’s licensed for 28 spaces.

It’s so bad, parents like Aimee Palmer have quit trying.

“I feel like you’d have to take your pregnancy test right to the child care and say look I’m pregnant I would like to put my name down,” said Palmer.

“I’ve got my career in hairdressing, hair styling and I want to be able to work full time but I can’t,” she said.

The Ministry of Children and Families says while hundreds of spaces in centers that receive government-funding have been lost in Greater Victoria this year, there have been even more created, and it says it does have plans to address staffing issues.

Details on exactly how will be revealed next month, but Meagan Brame says there is a lot of work to do.

“There’s hardly anybody who wants to go in it these days for a variety of reasons, the pay isn’t great, the hours are long, and the respect I find society gives early childhood educators isn’t the same as you would see in a teacher,” said Brame.

“We need to see early childhood educators being paid what they’re worth, what we’re doing is really important.” 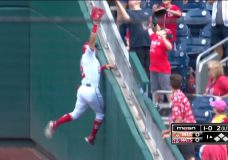 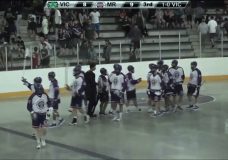