WINNIPEG — The Crown will not appeal the acquittal of a man who was accused of killing 15-year-old Tina Fontaine and dumping her body in a Winnipeg river. Prosecutors said in a statement Tuesday that only errors in law can be appealed when someone is found not guilty. “After a critical review … by the Manitoba Prosecution Service’s appeal unit and the Crown attorneys who prosecuted the case, it has been determined there are no grounds to base a successful appeal.” A jury found Raymond Cormier not guilty last month of second-degree murder in the Indigenous girl’s death. Her body, wrapped in a duvet cover and weighed down by rocks, was pulled from the Red River eight days after she disappeared in 2014. Tina was raised by her great-aunt, Thelma Favel, on the Sagkeeng First Nation, 120 kilometres northeast of Winnipeg. Favel said the decision not to appeal made her feel as awful as the day they found the girl’s body. “It rips everything out of me, and I just fall every time I get some bad news, and then I have to struggle to try something new,” Favel told CTV News. “(It’s like) they don’t care, like she’s a nobody, like she didn’t even exist, like they don’t even want to know the way she was killed. It hurts. It hurts so bad right now.” Favel said she’s been receiving supportive phone calls from family and community members and plans to speak with chiefs and lawyers in the coming days. “Tina wouldn’t give up and I’m not going to either.” Grand Chief Sheila North, who represents First Nations communities in northern Manitoba, said the lack of an appeal is just another example of how the justice system failed Tina Fontaine and her family. “It just leaves another gaping hole in the hearts of … Indigenous people,” she said. Chief Perry Bellegarde of the Assembly of First Nations spoke of the need to overhaul the legal system. “We know for a fact that a young girl had her life brutally taken from her and a killer roams free. There is no justice here,” he said.  “This is why we want a full review of the legal system, from policing right through to the courts, to create an approach that truly delivers justice for our people.” In February, a jury found Raymond Cormier not guilty of second-degree murder in connection with the death of Tina Fontaine, whose body was found on August 17, 2014. The death shocked the country and led to calls for justice and for a National Inquiry into Missing and Murdered Indigenous Women and Girls. The teen left to visit her mother in Winnipeg at the end of June 2014 and became an exploited youth in the months before she died. Tina ran away repeatedly from a youth shelter and hotels in Winnipeg where she was placed. She was last seen leaving a downtown hotel, where she told a private contract worker employed by child welfare that she was going to a shopping centre to meet friends. The jury heard how Tina and her boyfriend met the much-older Cormier that summer. The jury heard Cormier gave the couple a place to stay and gave them drugs. Witnesses testified that Cormier had a duvet cover similar to the one Tina was wrapped in. Cormier was also recorded on tape during a police undercover sting telling a woman that he would make a bet that Tina was killed because he had sex with her and then “I found out she was 15 years old.” There was no DNA evidence linking Cormier to the teen and doctors who were called to testify said they could not definitively say how she died. The defence argued that the Crown couldn’t prove that Tina didn’t die from a drug overdose or naturally. Defence lawyer Anthony Kavanagh said Tuesday the acquittal was the right decision. “The diverse and extremely representative jury did their job honourably,” Kavanagh wrote in a text message. “Simply put, evidence — not emotion — is required for a conviction and despite the human desire to find a convenient scapegoat, justice was done here.” The acquittal sparked rallies of protest and support for Tina’s family in cities across the country. — with files from Kelly Malone and CTV Winnipeg Steve Lambert, The Canadian Press 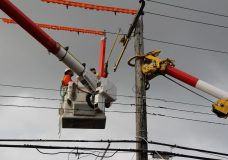 BC Hydro replacing 340 power poles in Nanaimo this year 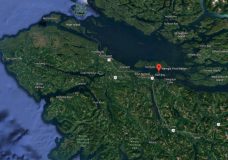