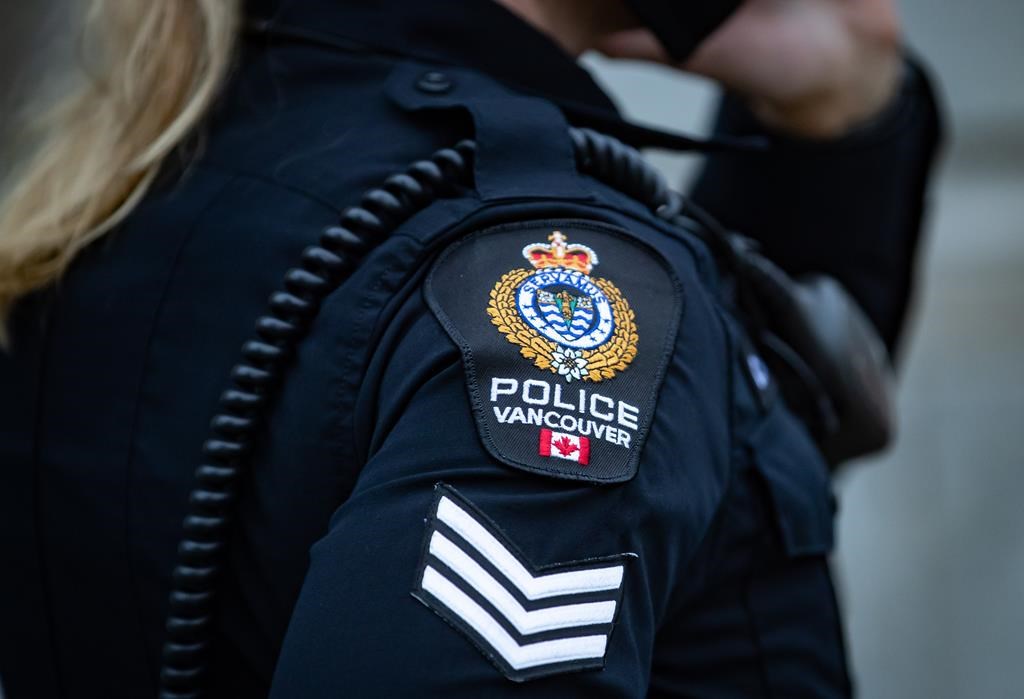 THE CANADIAN PRESS/Darryl Dyck
A Vancouver Police Department patch is seen on an officer's uniform in the Downtown Eastside of Vancouver, B.C., Saturday, Jan. 9, 2021. Vancouver police say seven people were arrested and a criminal investigation is underway after a disturbance Sunday night by fans attending a rap music festival at Hastings Park in east Vancouver.

Seven people were arrested and a criminal investigation is underway after a disturbance Sunday night by fans attending a music festival in east Vancouver.

Fights broke out inside and outside the PNE Amphitheatre following the sudden cancellation of the headline act, rapper Lil Baby, in the final hours of the two-day BreakOut Festival, a statement from Vancouver Police said Monday.

Hostile concertgoers caused significant property damage to the amphitheatre, the surrounding park and neighbourhood before order was restored, police said.

A statement from the Pacific National Exhibition said about 4,200 guests left the venue after the announcement that Lil Baby would not perform, while around 1,000 people “turned their disappointment into a violent outburst.”

It said the result was “hundreds of thousands of dollars in damage” to PNE property inside the amphitheatre and Hastings Park, where the venue is located.

“It is our understanding that there was additional damage to property outside of Hastings Park, in the community and to local businesses. For this we are incredibly sorry to our neighbours,” the statement said, adding the PNE is figuring out how to support businesses or residents affected by the violence.

Police estimated property damage in the “thousands of dollars.”

The PNE said it would work with the promoter of the BreakOut festival, Timbre Events, and their insurance provider, to ensure damage is quickly repaired.

Riots broke out in Vancouver over the weekend after Lil Baby, Lil Uzi Vert, and Polo G were unable to perform their sets at Breakout Festival at the PNE. Thoughts? pic.twitter.com/xSmhBEr7Sl

Const. Tania Visintin said the seven people taken into custody were held for breach of the peace, but the criminal investigation will likely take months to complete.

“Though this investigation will take time, we will pursue criminal charges against people who participated in this violence and destruction,” her statement said.

The hip hop and rap artist whose sudden cancellation was blamed for causing the disturbance issued an apology via Instagram early Monday.

Dominique Armani Jones, who performs under the name Lil Baby, said he had been “going hard” for the last few months and his body “completely shut down,” forcing him to scrub his part of the event.

“I truly apologize (to) Vancouver, Canada, the BreakOut Festival and to everyone who was in attendance,” Jones wrote.

“I owe you guys big time and will for sure make up for it soon.”

The statement from the PNE said Jones left the venue after stating he was not well enough to perform, a decision that was made immediately before his scheduled appearance. Staff at the venue were not made aware of the change until he had already left, it said.

The organization thanked police for their quick response to the violence, saying it prevented the situation from escalating.

The PNE said it plans to hold a “full investigation” into the event.

Jones’ debut studio album, “Harder Than Ever,” was released in 2018, producing the Billboard Hot 100 top 10 single “Yes Indeed,” which he recorded with Drake. 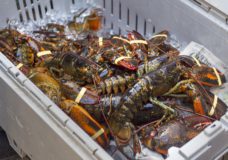 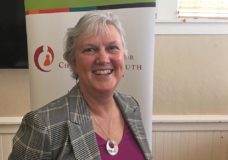 B.C. youth representative calls for data on mental health of children in care