Vancouver Islanders will have the opportunity to hear and participate in a virtual town hall with two Members of Parliament.

Alistair MacGregor, MP for Cowichan—Malahat—Langford will be hosting a virtual public town hall with Jody-Wilson Raybould that will focus on addressing issues facing racial minorities in Canada later this month.

The town hall – called Coming Together: An Open Discussion on Racism – will be held on Zoom from 6:30 p.m. to 8:30 p.m. on July 21. The meeting will also be streamed live on MacGregor’s Facebook page.

Anyone interested can not only attend but also participate in the town hall and those who do will be encouraged to share feedback, personal stories, and questions for the town hall panelists, according to MacGregor.

In press release issued Saturday, MacGregor said that in addition to Wilson-Raybould, representatives from Cowichan Tribes, the Union of BC Indian Chiefs, and the Students of Colour Collective at the University of Victoria, will also participate in the town hall.

“These last few months have been incredibly challenging for the residents of Cowichan—Malahat—Langford, who have been forced to deal with the economic and social consequences of COVID-19,” MacGregor said in a press release. “We’ve also been forced to confront the systemic inequality, poverty and racism that continue to hold so many people back from achieving their full potential. I’m excited to meet with my constituents to hear what they have to say on this issue and ensure their voices are heard in Ottawa.”

MacGregor said in the release that in early in 2020, the Correctional Investigator of Canada issued a report outlining that while only five per cent of the nation’s population is Indigenous, they make up more than 30 percent of inmates in Canadian prisons.

“The urgent need to address this issue is clear: 2016 Census data shows that racialized minorities in Canada receive two-thirds of the average annual income that non-racialized Canadians receive,” reads the release.

Another hosting the town hall is necessary, according to MacGregor, is because a recent Mainstreet Research/iPolitics poll found that 62 per cent of Canadians think that “Black Canadians are treated less fairly than white Canadians in terms of dealing with the police.”

In early 2019, Wilson-Raybould resigned from her cabinet post as Attorney General after she accused the Prime Minister’s Office of inappropriately pressuring her to intervene in the prosecution of Quebec based engineering giant SNC-Lavalin.

Wilson-Raybould was later re-elected as an Independent in her B.C. riding of Vancouver-Granville in October of last year.

RELATED: Jody Wilson-Raybould re-elected in Vancouver Granville as an Independent

Questions can be e-mailed in advance to [email protected]. before 1 p.m. on July 21.

To learn more about the town hall and how to attend, visit MacGregor’s website. 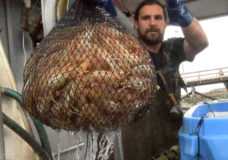