The Cowichan Housing Association is looking to expand its emergency shelter unit program.

The emergency shelter units, which were first installed in January, give tiny homes to those living on the streets.

Now, the organization would like to add 28 more but it needs more government funding to do it.

Todd White, who lives in one of the units, says while there are some issues with the units they’ve helped him turn a corner.

The Cowichan Housing Association installed 39 of these eight by eight units in January in throughout the Cowichan Valley.

Michelle Staples, the City of Duncan’s mayor, said while there have been some problems, overall the units have been a success.

“They’ve been working really well with meeting people where they’re at and providing support to people to become stabilized, have housing gets supports in place that they need and there have been a lot of success stories that have come out of those sites,” said Staples.

To address some of the crime pressures felt by the business community and to help house some of the 40 to 60 people still living on Cowichan Valley streets Staples said Duncan City Council has voted to support the Cowichan Housing Association in a funding bid.

The association is going to apply for a $2.5 million grant from the UBCM’s Strengthening Communities Services fund.

It would go toward 28 more emergency shelter units, to be split between a location in Lake Cowichan and a new site in Duncan, plus some outreach support for Ladysmith’s shelter.

“They make sense. You’re creating a place where they’re out of the rain where people can have access to washrooms, clean water, food [and] where they can reconnect with their families,” said Staples.

White says he too supports the expansion of the units and says it’s a step to help people get back on their feet. 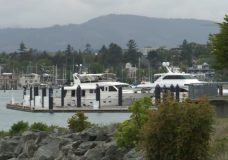 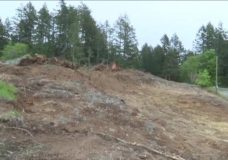