The three major parties released new videos this week in anticipation of the start of the federal election campaign, including Trudeau.

The writ could be dropped any day, but the University of Victoria’s Michael Prince said the campaigning started months ago.

“We’ve been well and truly into a campaign unofficially at least. We’re all waiting now. And I think we’re probably happy that our summer holidays were not interrupted,” Prince said.

“People tell me I’m different from the other leaders. And I am. I don’t work for the wealthy and well-connected,” Singh said.

The latest polling numbers from 338Canada show a tight two-way race between the Liberals and Conservatives, the NDP in third, the Green Party at nine per cent and the People’s Party in last place.

“We could see an interesting combination of not only the two front-runner parties, but the third and fourth, and how that plays out as to whether there is some kind of combination where both the NDP and Greens would be important to provide a majority coalition for one or the other parties,” Prince said.

This election will see a new Member of Parliament in Victoria with the retirement of the NDP’s Murray Rankin.

Saanich- Gulf Islands incumbent and Green Party Leader Elizabeth May leads the pack in her own riding.

The NDP’s Randall Garrison may be in for a fight against Liberal turned Green Party candidate David Merner in Esquimalt-Saanich-Sooke.

The only riding without a full slate on the island is Cowichan-Malahat-Langford where incumbent NDP Alistair MacGregor currently facing three challengers.

And for North Island-Powell River, NDP incumbent Rachel Blaney is facing a full slate of candidates.

With most in place, now the waiting begins to the start of the campaign. 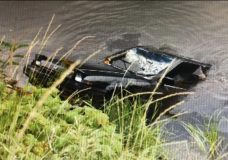 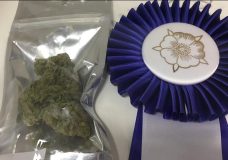