A Comox Valley shooting victim says he would like to see a better balance between resources for victims and convicts.

On Tuesday, the person who shot him in the face was sentenced to 14 years in prison while 33-year-old Robert Scott says his life has forever changed.

“I got all sorts of nerve damage in my jaw. I’m probably going to lose a bunch of teeth at some point.”

It happened north of Courtenay in March 2018 at his Island Highway home.

Scott heard some noise in the laundry room. When he went to check it out he found a man wearing a balaclava and a number of hats including one of his own.

“I kind of jumped a little bit and I opened the door and I asked ‘Are you okay?’ and he’s like “Yeah I’m just trying to get warm.'”

Scott talked to him for about five minutes, trying to get him to leave. The intruder asked to use the washroom.

The intruder then pulled the trigger.

“It’s like a white static line and everything was black. I didn’t even hear the gun go off he was so close to me,” said the shooting victim.

The intruder then fled. Scott was able to call 911. After a day-long manhunt Police arrested 27-year-old Richard Vigneault of Saanich at a Coleman Road residence.

This week, Vigneault was sentenced to 14 years in prison.

He was sentenced Tuesday in Nanaimo Supreme Court on four counts of breaking and entering, the aggravated assault of Robert Scott, discharging a firearm at Robert Scott and a number of firearms offences including possessing a firearm while prohibited.

Vigneault was given four years and nine months credit for the time spent in custody pre-sentencing for an effective new sentence of nine years and three months.

“I googled how much it cost to keep someone in federal prison a year and it’s like a hundred grand so at 14 years it’s going to cost the federal government over a million dollars,” said Scott.

Scott suffered a brain injury and will forever have pieces of the bullet in his head. He wasn’t able to hold his former job because of the injury either.

The BC Brain Injury Association has helped him get a disability pension which Scott says still leaves him in a tough financial spot.

“I’m getting nothing. I still have to provide for myself.”

Scott says he can no longer play video games, watch TV shows or even listen to songs related to guns. 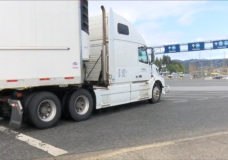 'We are essential users': B.C. truckers react to a 56 per cent rate increase for commercial on BC Ferries 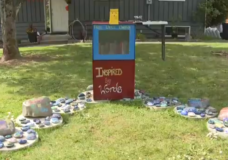