Big changes could be coming for commuters who use the Colwood park and ride parking lot.

The city is considering putting a new health and wellness facility on the property located at Island Highway and Ocean Boulevard.

According to Colwood Mayor Carol Hamilton, the current park and ride is centrally located on major roadways in Colwood. While transportation is an issue for residents on the West Shore, Hamilton says there is a growing need for more medical services and that’s why the lot is being looked at for the possible location of the Health and Wellness Centre.

“It’s well known through all of the region that we have a shortage of doctors and space and all of that sort of thing so, it was working with south Vancouver Island family physicians for the last three years or more has raised the awareness on things. So we are exploring,” said Hamilton.

But those who use the parking lot almost daily are worried about losing the space.

” I personally don’t think it would be a very good idea there’s not a lot of alternatives for people that drive in part way from Sooke and then commute the rest of the way by bus or bicycle so I think that would be a real issue for people in the western communities,” said John Penner.

Another user said they park there every single day because they work downtown and the parking is too expensive. ” I would be a little upset because I am a little dependent on this parking lot,” said  Melina Gosselin.

But Hamilton says commuters shouldn’t worry because they are working closely with BC Transit and the Ministry of Transportation to find an alternate park and ride lot locations to serve multiple municipalities on the West Shore. And the current lot location would not be taken out of service until another or multiple Park and Ride lots are added.

“No matter what sort of plan came up on that property, by the time they got them through the process and approval its probably two years so there is plenty of time to working in conjunction with anything moving forward to realign and make sure we aren’t taking anything away but enhancing,” said Hamilton.

She adds it is still very early in the consultation stages and the city will be holding an open house on Jan 31 from 6 p.m.-8pm at Colwood City Hall for residents come out,  view the plans, ask any questions and give their input. An online form will also be provided to encourage input. 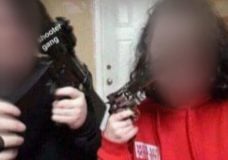 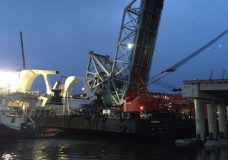