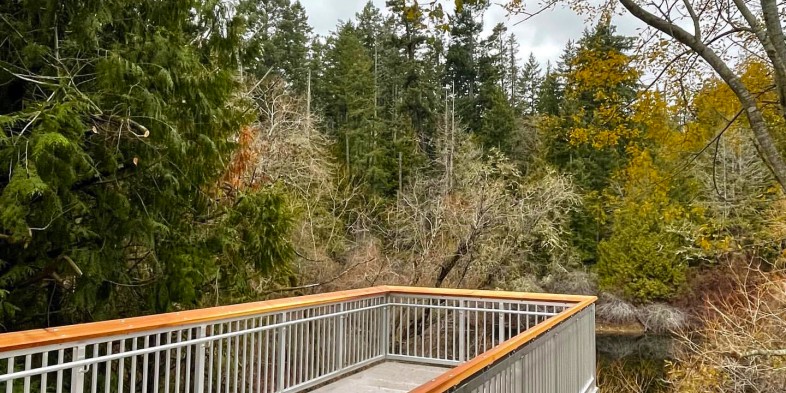 The City of Colwood is unveiling a new viewing platform at Murray’s Pond Park where visitors can take in the sights, sounds and natural beauty of the area.

The platform, nestled in woodlands not far from Royal Bay Secondary School, comes as part of extensive park improvements currently underway and is accessed via a trail, according to the city.

“Wander along the lovely trail that runs up from Latoria Boulevard above Royal Bay Secondary School with incredible views across the Salish Sea. The illuminated trail meanders down the hill to the pond and the new viewing platform, joining the Painter Trail at Ryder Hesjedal Way,” the city said Monday.

It describes the surrounding area as an ecosystem home to wildlife and unique geological history, with the pond itself, a “glacial kettle pond,” formed after a chunk of a receding glacier broke off and settled in place.

“The sediment-rich ice block gradually deposited sand, clay, grit and rocks around and on top of it, solidifying. Years later, as the underground ice block melted, the sediment layer caved in to form a large depression that filled with groundwater, creating the pond,” the city said in a release.

The pond property was once part of a farm owned by the Murray family, including Robert Bertram Murray, who died in 1935, and his wife, Mary Murray, who passed away in 1977, Colwood Pioneer Cemetery records show.

The city adds that it’s working to protect wild places like the pond, “where families and students can explore thoughtfully and learn about geography, flora, fauna, the cycle of life and the seasons.” 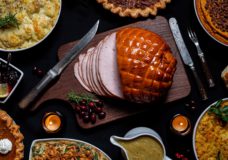 Hosting a holiday dinner? Here are some cost-saving tips 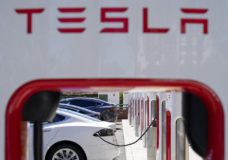 Tesla stock slips as Musk sells another $3.58B of its shares