Posted: Dec. 31, 2020 8:05PM
File Photo
The mayor of Colwood has proposed a bold new idea to have a gondola built in the municipality to help continue their expansion.

Colwood Mayor Rob Martin has proposed a bold new idea to build a gondola in the Royal Bay area.

The idea is all part of a bigger vision which includes the commuter ferry from Royal Beach, to the Victoria Inner Harbour that Martin has long pushed for. But the lack of a designated parking area has been one of the issues holding the ferry project back.

However, Martin has his eyes set on a 10-acre piece of city-owned land behind the site where the new Royal B.C. Museum will be built.

“One of the ideas that I’m presenting to our community right now of us creating a park and ride on that 10 acres and then building a gondola that moves people from the park and rides about a kilometre to the oceanfront landing at the ferry terminal,” Martin said.

In the Ministry of Transportation’s 2020 South Island report, they listed exploring the possibility of future marine transportation corridors but made no commitment to the Royal Bay-Victoria Harbour proposal.

Martin says the park and ride could change that.

“Part of the reason I’m talking about this is to show the province how invested we are in the ferry and how we’re willing to work with them as partners,” Martin said.

Gondolas have been used effectively in cities like Portland, Oregon, where commuters are shuttled from the waterfront into the city.

Martin, a member of the Victoria Regional Transit Commission, says they’ve seen proof of how eco-friendly they can be.

“We’ve had a couple of presentations from people around the concept of using gondolas and how green they are and how effective they are for moving.”

For the fast-growing Colwood Community, it could be a staple to really put them on the map, the mayor says.

“We want to create a signature for Colwood and I think this would be part of that signature of who and what we are as a city. It would be something that people would be inspired to come to Colwood and use and just try it out, see how it looks, and it’s a great visual coming off the ocean as well.

For more detail on Martin’s vision, you can check out his appearance on the most recent episode of the MicChek podcast. 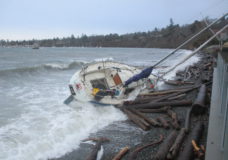 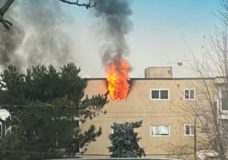