Three cougars seen roaming a Colwood backyard haven’t shown any concerning behaviour toward humans and will be monitored, but otherwise left alone.

The cat clique, which was captured on video by the Latoria Road resident whose backyard they snuck into on Monday morning, is part of a family group, according to the BC Conservation Officer Service.

BCCOS has been monitoring calls about the family group after they were observed by several people, but says in all reported sightings they’ve left when noticing human presence.

That, combined with the fact the group has not shown “any threatening or aggressive behaviour” toward people means officers are not currently trying to trap them.

With up to 800 cougars estimated to live on Vancouver Island, which has the highest concentration of the big cats in B.C., the BCCOS notes that cougars are present across the region and the majority do not come into conflict with humans.

If a cougar is encountered, remain calm and keep away from it. Make yourself look as large as possible, and never turn your back on the cougar or run away. If a cougar attacks, fight back and use any available weapons such as rocks or sticks. Bear spray is also an effective deterrent.

If you spot a cougar and it poses an immediate threat or danger to public safety, report it to conservation by calling 1-877-952-7277. 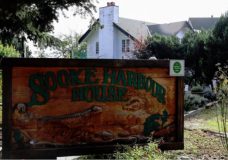 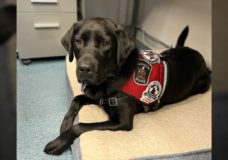