WATCH: A long-term drinking water advisory has finally been lifted for a strip of Cowichan Tribes land that hasn’t had safe drinking water for decades. Residents on Tommy Road say they’ve grown up never even being able to brush their teeth with the water, but now, with a long-wanted connection to municipal water, they’re safely drinking from the taps for the first time.

For the first time in 34 years in his home, Abner Tommy can now drink the water from its taps.

The Cowichan Tribes member’s home is one of seven on Tommy Road that has been on long-term drinking water advisories due to contaminated well water.

“You couldn’t even use your sinks properly,” said Cowichan Tribes resident Fabian Tommy. “Like you couldn’t brush your teeth and even soak in the tub was hard to do.”

Now with a new connection to the neighbouring City of Duncan’s water, that cost the federal government about $2 million, residents can finally take their bottled water to the curb and start using what comes from their taps.

“Well we waited a long time for it you know,” said Abner.

While the federal government’s tweet announcing the completion of the project said water advisories have been in place for nine years, Sophia George has lived here almost 30 years raising three kids in her Tommy Road home and says no one has ever been allowed to drink the water until now.

“We just got used to just boiling,” she said.

Cowichan Tribes’ Chief Chip Seymour says another 20 homes on Indian Road are in a similar situation and slated for connections to safe water by as early as next spring.

“People want to build but there’s no water,” said Chief Seymour. “Once water goes in, I think we’ll see houses come up.” 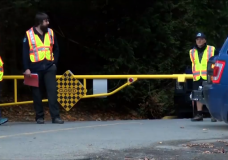 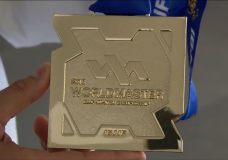