A group of people protesting the province’s ongoing ban on gatherings at churches and other places of worship took to the streets of downtown Victoria Sunday.

Unfurling a banner that read “Church Essential Charter Right,” the group stood in front of St. Andrew’s Cathedral in advance of a B.C. Supreme Court hearing Monday dealing with religious freedom in a time of a mass pandemic.

While churches like St. Andrew’s are still livestreaming daily masses, they’ve been unable to host in-person services since the ban went into effect in November.

“We’re a group of Christians who are protesting the lockdown of Christian churches,” said a protester who declined to give his name. “A 12-step group or a dance group could meet in the basement of our church but we can’t have a worship upstairs.”

The group said rules have been applied inconsistently, because big retailers like Wal-Mart and other businesses can continue to operate, and believes a judge will find the religious gathering ban unconstitutional.

Earlier this month, a judge dismissed the province’s application for an injunction against three churches there were still holding in-person services.

Those churches argued the restrictions violated their members’ Charter rights.

The protest came a day after a group of up to 200 people came together in Centennial Square, defying mask and six-metre-distancing requirements to call on an end to B.C.’s Public Health Orders.

Police said there were no major incidents during the rally and suggested they would be able to hand out penalties to rule-breakers at a later date. 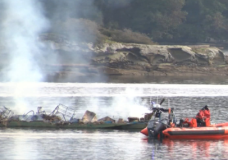 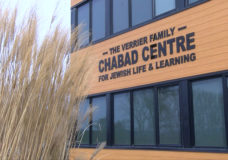