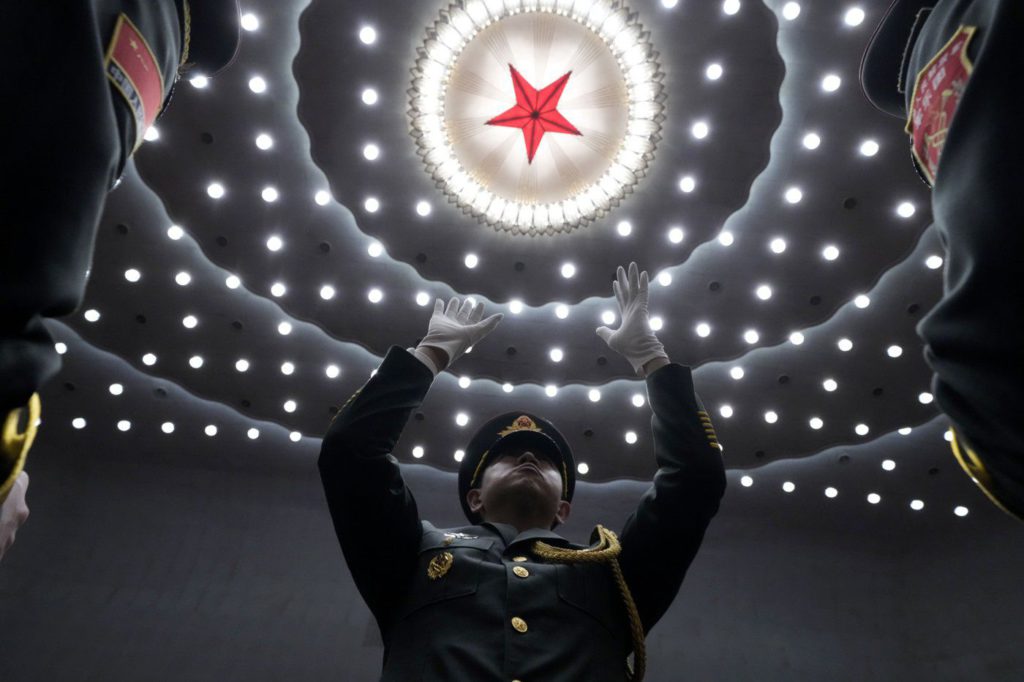 A party congress effectively removed Premier Li Keqiang from senior leadership. Li, the nation’s No. 2 official, is a proponent of market-oriented reforms, which are in contrast to Xi’s moves to expand state control over the economy.

The weeklong meeting, as it wrapped up Saturday, also wrote Xi’s major policy initiatives on the economy and the military into the party’s constitution, as well as his push to rebuild and strengthen the party’s position by declaring it absolutely central to China’s development and future.

Analysts were watching for signs of any weakening of or challenge to Xi’s position, but none was apparent. The removal of Li, while not unexpected, signaled Xi’s continuing tight hold on power in the world’s second-largest economy.

“The congress calls on all party members to acquire a deep understanding of the decisive significance of establishing comrade Xi Jinping’s core position on the party Central Committee and in the party as a whole and establishing the guiding role of Xi Jinping Thought,” said a resolution on the constitution approved at Saturday’s closing session.

“Xi Jinping Thought” refers to his ideology, which was enshrined in the party charter at the previous congress in 2017.

In brief closing remarks, Xi said the revision to the constitution “sets out clear requirements for upholding and strengthening the party’s overall leadership.”

Li was among four of the seven members of the party’s all-powerful Politburo Standing Committee who were missing from its new 205-member Central Committee, which was formally elected at the closing session.

That means they won’t be reappointed to the Standing Committee in a leadership shuffle that will be unveiled Sunday. Xi is widely expected to retain the top spot, getting a third term as general secretary.

The three others who were dropped were Shanghai party chief Han Zheng, party advisory body head Wang Yang, and Li Zhanshu, a longtime Xi ally and the head of the largely ceremonial legislature.

Li Keqiang will remain as premier for about six more months until a new slate of government ministers is named.

If he had stayed on the Standing Committee, it would have indicated some possible pushback within the leadership against Xi, particularly on economic policy. Li had already been largely sidelined, though, as Xi has taken control of most aspects of government.

The more than 2,300 delegates to the party congress — wearing blue surgical masks under China’s strict “zero-COVID” policy — met in the Great Hall of the People in central Beijing.

Most media, including all foreign journalists, were not allowed into the first part of the meeting when the voting took place.

Former Chinese President Hu Jintao, Xi’s predecessor as party leader, was helped off the stage a little more than two hours into the 3.5-hour meeting without explanation, sparking speculation about his health.

Hu, 79, spoke briefly with Xi, whom he had been sitting next to in the front row, before walking off with an assistant holding him by the arm. Jiang Zemin, 96, who was president before Hu, did not appear at this congress.

Only 11 women were among the 205 people named to the Central Committee, or about 5% of the total. Members of minority groups made up 4%. Those percentages were roughly the same as in the last Central Committee.

At least one committee member, Wang Junzheng, the Communist Party leader in Tibet, has been sanctioned by the U.S. for human rights abuses.

Police were stationed along major roads, with bright-red-clad neighborhood watch workers at regular intervals in between, to keep an eye out for any potential disruptions.

An individual caught authorities by surprise last week by unfurling banners from an overpass in Beijing that called for Xi’s removal and attacked his government’s tough pandemic restrictions.

A report read by Xi at the opening session of the congress a week ago showed a determination to stay on the current path in the face of domestic and international challenges.

Xi has emerged during his first decade in power as one of China’s most powerful leaders in modern times, rivaling Mao Zedong, who founded the communist state in 1949 and led the country for a quarter-century.

A third five-year term as party leader would break an unofficial two-term limit that was instituted to try to prevent the excesses of Mao’s one-person rule, notably the tumultuous 1966-76 Cultural Revolution, under which Xi suffered as a youth.

“Right now, you don’t really see a lot of internal party debates about these different policies and there is only one voice there,” he said.

Xi has emphasized the central role of the Communist Party, expanding state control over society as well as the economy. In his remarks, he said the party, which marked its 100th anniversary last year, is still in its prime.

“The Communist Party of China is once again embarking on a new journey on which it will face new tests,” he said.

The congress concluded by playing the communist anthem, “The Internationale.” 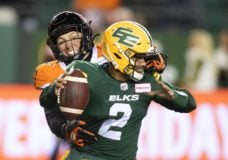 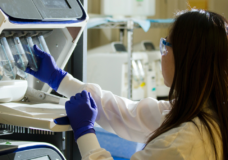