Posted: Dec. 6, 2020 8:36PM
CHEK
WatchA Chemainus senior is sharing joy this season, transforming himself into Santa Claus every day to bring the magic of the holidays to anyone who needs it. With all that 76-year-old Geoff Service is going through you could understand if he'd be low on spirit, but as Skye Ryan reports instead, he's giving this all he has while he can.

Geoff Service smiles as he sits in his familiar front porch perch on Severne Street in Chemainus.

Dressed as Santa Claus, the 76-year-old has been transforming himself into Santa Claus each day in an effort to bring the magic of the holidays to anyone who needs it.

“None of the malls are showing live Santas, so its important that Santa be front and centre every Christmas,” he said.

The 76-year old was recently diagnosed with cancer and has ongoing kidney failure that requires dialysis three days a week.

“We nearly lost him in April,” said his wife, Joan.

But despite battling cancer and kidney failure, Service, in between hospital visits, gets out on his porch and brings smiles to everyone who sees him.

“I have to be here,” said Service. “Santa will always be there.”

“That is so sweet of him to do,” said passerby, Sarah Kendall. 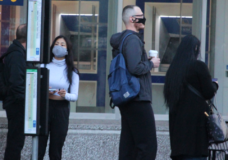 Easing COVID-19 restrictions too soon could be disastrous for British Columbia, epidemiologist warns 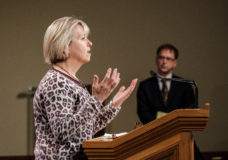 Deadline is up for COVID restrictions in B.C., although top doctor hints at extension