December 23, 2020 updated
CHEK
Watch The Vox Humana Chamber Choir will be posting a virtual version of their annual performance of A Child's Christmas in Wales this Christmas Eve.

A Victoria holiday staple is continuing through the pandemic.

The Vox Humana Chamber Choir will be posting a virtual version of their annual performance of A Child’s Christmas in Wales this Christmas Eve.

“We have edited a performance together that includes a lot of the typical elements an audience member might expect to see,” says choir conductor Brian Wismath. “The only difference is the performers are ether in the comfort of their own home or a recording space.”

The annual performance has become a highlight for many in the capital region.

“We’ve seen about five to six thousand people over the last 10 years,” says Wismath. “It’s become a holiday tradition for us and I know for a number of our audience members,” adds Wismath.

Instead of performing together, a select group of singers have put together solo renditions of holiday classics and contemporary music, all adding to the narrative of the story.

“There’s not a lot of choirs that would be able to have individual solos,” says performer Rachel Mitten.

“With Vox Humana we have such high caliber of singers that it’s kind of cool that we’re able to pull out solos and be able to pull that kind of thing off,” adds Mitten.

As always transplanted Welshman, Melville Jones will provide narration to the Christmas tale.

Even though Jones has read the story for 10 straight years, it never gets boring.

“Because I am Welsh and I can identify with so much of it, even though it was written in the ’30s, it’s original all the time,” says Jones. “We can never get tired of Christmas, surely.”

All the effort is for the audience members stuck at home during the holidays.

It’s always great to get feedback from our audience and to hear how this performance has typically touched many people in a really positive way,” says Wismath. So [we’re] looking forward to hearing people’s reaction to it,” adds Wismath. 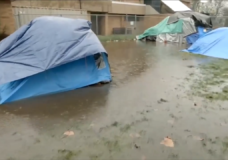 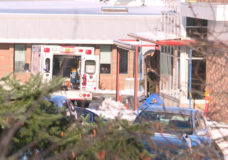