Posted: Sep. 15, 2020 7:28PM
CHEK
WatchJohn Wenzel picked up the game of golf when he moved to Canada in the '50s, and is still showing players half his age how it's done.

It was one amazing moment. One week after celebrating his 89th birthday, John Wenzel pulled off his 18th hole in one at the Bear Mountain Golf & Country Club in Langford.

Wenzel has been golfing since he arrived in Canada from Germany back in 1956. He still remembers his first time playing.

“In Saskatoon at Holiday Park,” says John with a smile.

“Actually before that, I’d never seen the game. In Germany unless you are a doctor or a lawyer you don’t play golf.”

He got his first hole in one back in 1974, but last week was extra special.

“It was just the perfect shot,” says John. “It came down and then rolled right into the hole.”

“I knew it from the time it left the club it was going to be close,” says John’s son Kirk Wenzel.

“Of course it hit and you saw it roll towards the pin and I knew it had a good chance and then we heard the clink of the pin and the ball drop in.”

Even pushing 90, John shows no signs of slowing down and still makes things tough for son Kirk and his golf buddies.

“When we were out at Bear Mountain the other day and he got his hole-in-one, I shot the best round I’ve ever shot out there, I shot 79, he shot 79,” says Kirk.

“So I still couldn’t beat him even with my best round.”

John’s golfing partner for the last 10 years has been Bob Leadbetter. While John might have 18 hole-in-ones, Bob is still going for number one.

“I’m striving for my first one. With John’s help I may get it,” says Leadbetter. 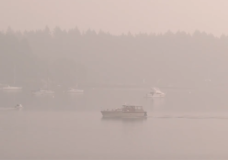 Poor air quality is negatively impacting those on Vancouver Island 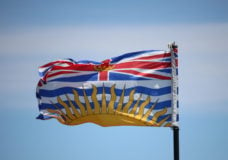