Canada is the largest exporter of newsprint in the world, and Catalyst Paper, which has mills in Powell River, Crofton and Port Alberni, is one of the big three paper makers.

Catalyst says it will be hit hard if a proposed 6.09 per cent duty is applied to its product by the U.S. Department of Commerce.

“We are very disappointed with the preliminary determination by the US Department of Commerce,” said Catalyst spokesperson Eduarda Hodgins. “We feel these duties are unwarranted and unfair.”

It was Washington-based paper maker North Pacific Paper that complained last August that Canada was dumping its newsprint on the American market and unfairly subsidizing its industry here at home.

“We dispute the allegations and we?re going to continue to vigorously defend ourselves, our employees and our customers with respect to this trade action.

The duty would add 6.09 per cent to the cost of doing business in the states, something Catalyst says would have to be carried by the company or its customers, adding that it poses a threat to the sustainability of its business and a threat to the contribution to the communities where it operates.

Port Alberni mayor Mike Ruttan is concerned about the duty.

“The impact of the activity of Catalyst in the city of Port Alberni is $650 million a year. It?s over 300 jobs directly at the mill so that means 1,000 direct and indirect jobs,” he said. “For them to be threatened in anyway shape or form is a really big deal for us as a community.”

The final decision on the tariff by the U.S. commerce department is expected sometime in March. 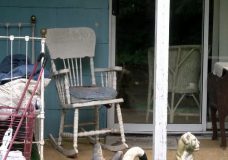 Nanaimo senior stands up to masked intruder in her home 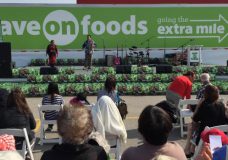