Cat missing for months found safe in Nanaimo, 150 km from where it was lost 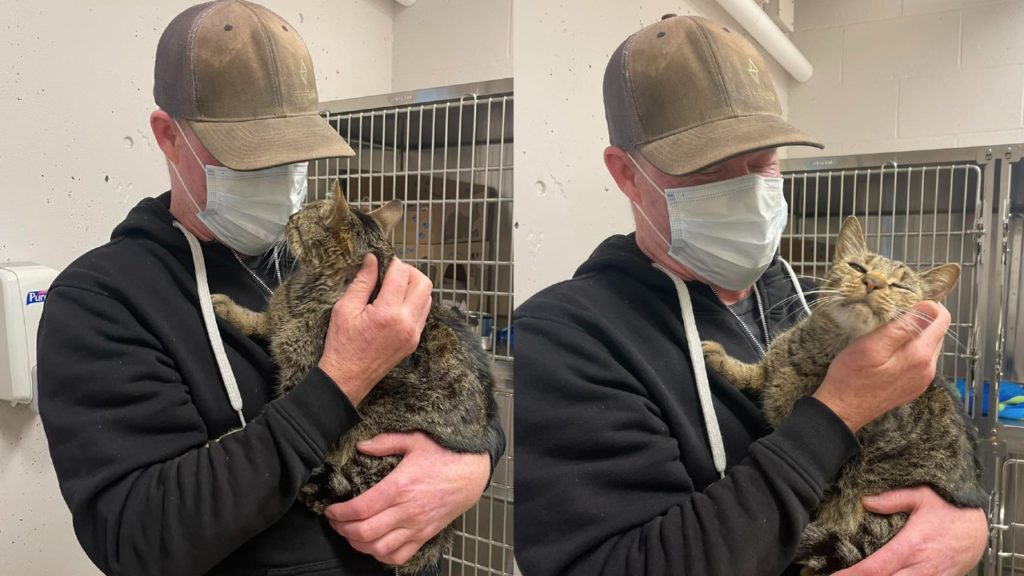 Photos courtesy BC SPCA Nanaimo branch
Hobbes the cat has been reunited with his owners after being lost 3.5 months ago.

A cat from Victoria who was lost at Kennedy Lake has been found safe in Nanaimo, three-and-a-half months after he went missing.

Hobbes the cat and his family were on a road trip and stopped at Kennedy Lake. As the family was getting out of the car, Wendy Kotorynski, senior manager of the Nanaimo branch of the BC SPCA says a dog came up and spooked Hobbes.

“Unfortunately, they both kind of stepped out of the car at the same time, and at that very same time a dog ran up, barking to the truck and scared the cat. So poor Hobbes just took off out of the truck,” Kotorynski said.

“The owner and his son, they stayed to camp in their vehicle for six days searching for him and even paddled out into the lake to search the shoreline and look for Hobbes and they didn’t see him at all. So they eventually had to go back down to Victoria and just hope that Hobbes might be found.”

After not getting updates for several months, Kotorynski says the owner told her he had begun to give up hope Hobbes would be found.

“The owner had basically just gathered up all of his things months later to donate them thinking that they weren’t going to find him,” Kotorynski said. “But in the meantime, Hobbes had made his way to a residence in Nanaimo and went inside the house. And the person who lived there, brought them to us in Nanaimo.”

Courtney Irving says Hobbes showed up at her front door on Friday night.

“About seven o’clock on Friday night, it was dark out, it was getting cold,” Irving said in an interview with CHEK News. “And I actually have a cat here that looks practically identical to Hobbes. So a couple of my friends were leaving the house when they noticed this cat outside. And at first they thought it was mine, and he was just out there meowing and meowing.”

She says when her friends opened the door for the cat, she knew it wasn’t her cat, but Hobbes let himself in to the house.

“This cat just decided to walk on into our house and come on in, and he was just meowing and he wanted to kind of see what was going on,” Irving said. “It seemed like he knew he needed help, or he knew he needed food or shelter or something.” 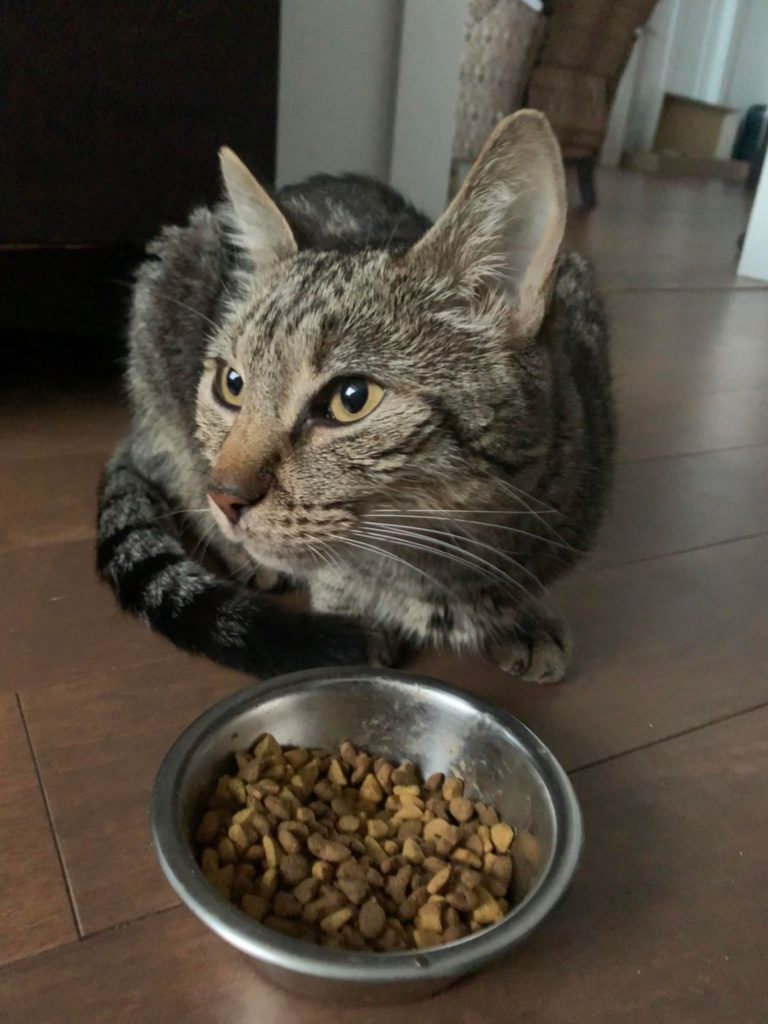 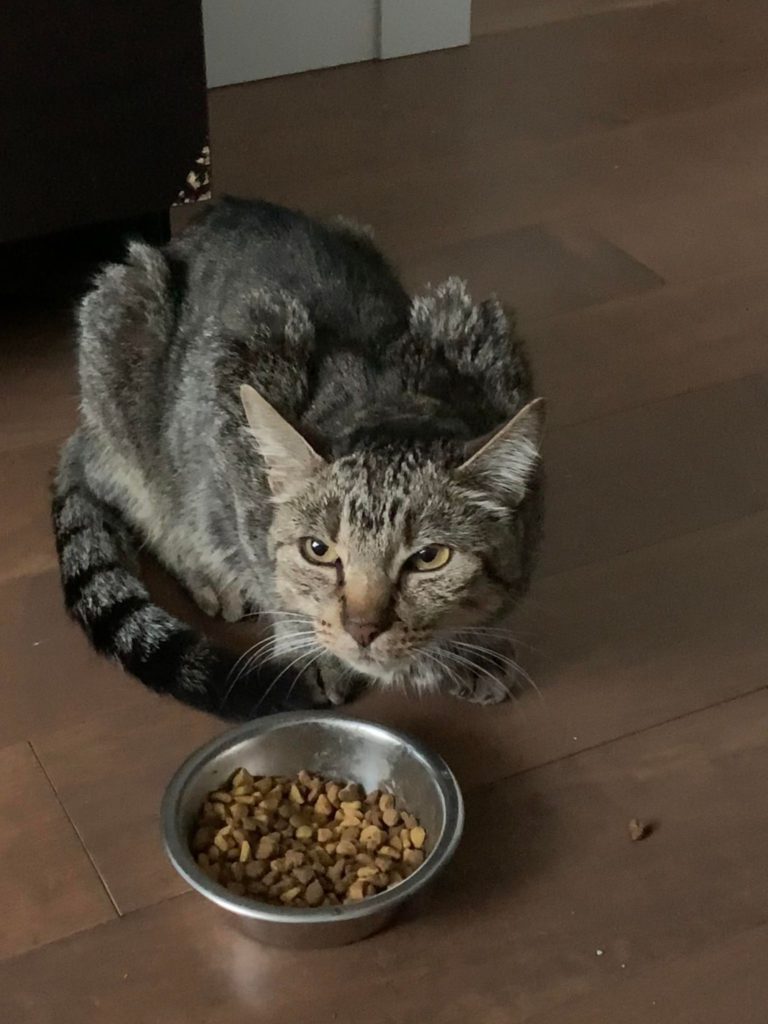 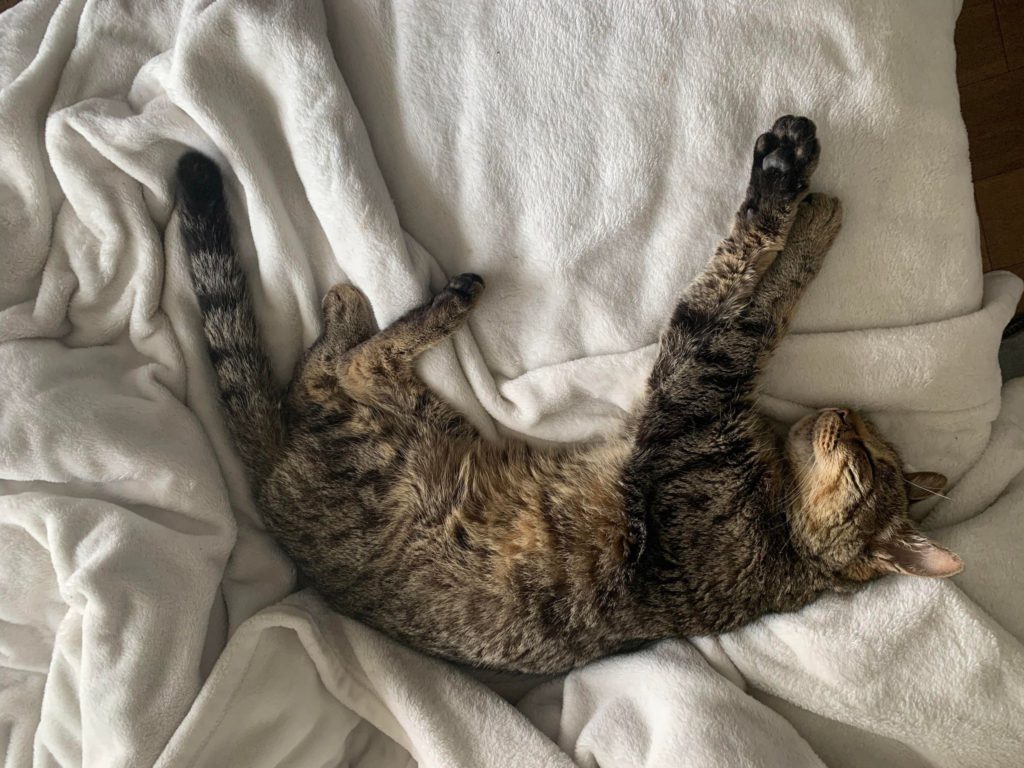 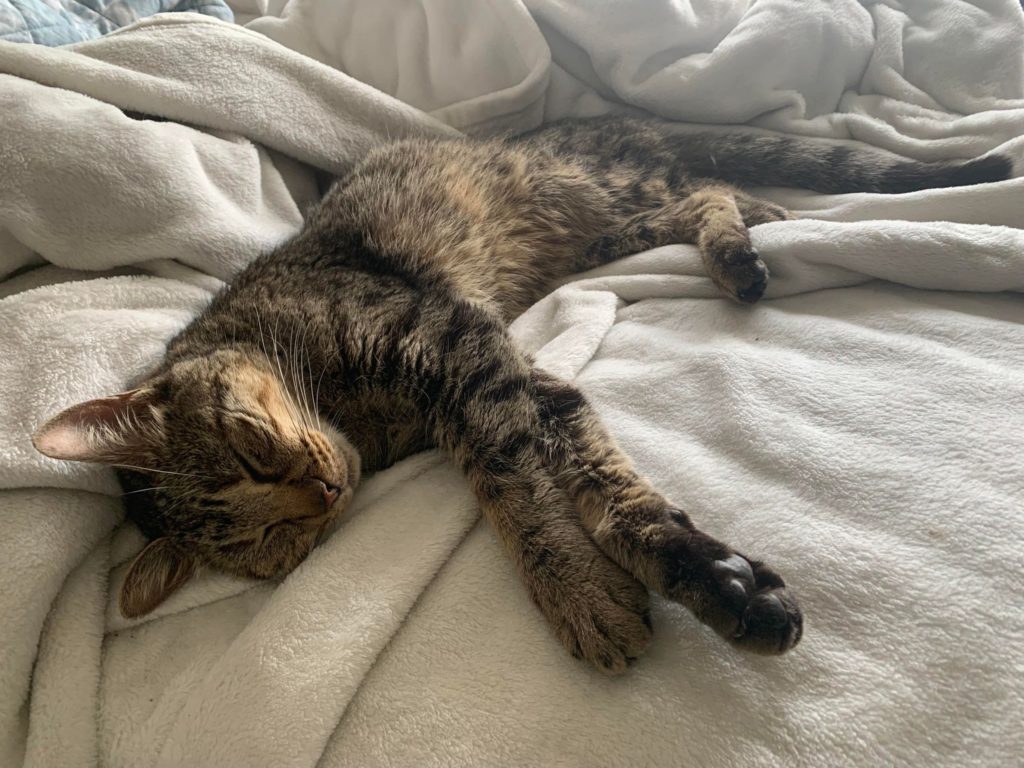 Courtney Irving says she let Hobbes into her house where she fed him and let him sleep until she could bring him to the SPCA in the morning. (Photos courtesy Courtney Irving)

Irving says she held on to Hobbes for the night until the Nanaimo branch of the SPCA opened so she could bring him in.

Kotorynski says they scanned Hobbes for a microchip, and luckily he had one and the information was up to date.

“We were able to contact the owners right away because of the microchip,” Kotorynski said. “So they drove up and picked him up the next morning, and we had them for basically less than 24 hours. So it’s a happy, happy story of how microchips, once again, that microchips can reunite pets with their families.”

Kotorynski says she’s not sure how Hobbes made the 150-kilometre journey from the Kennedy Lake boat launch to Nanaimo. She says it is possible someone picked him up, or he had hidden in a car, but there is no way to know for sure.

She says Hobbes’ story is a good reminder for pet owners to get their pets microchipped, and to make sure to update contact information if you move.

“It’s the best way to be able to find your pet so once you register your pet with the BC pet registry, then it doesn’t matter if you move or even if you’re travelling with your pets, that animal can be scanned even internationally in North America,” Kotorynski said. “If you provide your address and keep it updated whenever you move, it’s just absolutely key to these reunifications.”

When Hobbes was found, Kotorynski says he was in good health, he had just lost some weight.

“He’s in good condition, he wasn’t injured or anything like that,” Kotorynski said. “He just needs to put on a little bit of weight and be spoiled a little bit, spoiled and loved and well fed.” 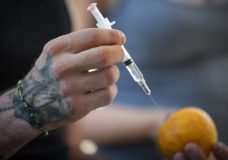 Dozens of recommendations in overdose and drug toxicity report by B.C. MLAs 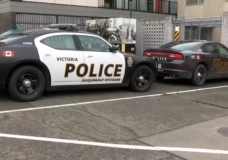 Consulting firm hired to propose options for policing in Esquimalt