Canoe lands on roof of Saanichton home during wind storm 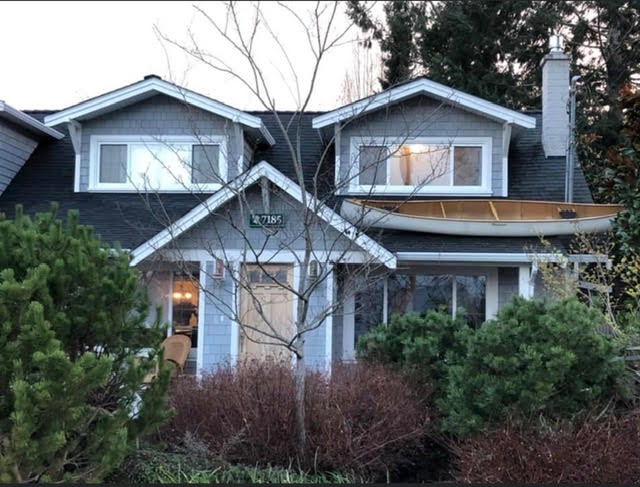 Sharry Payne
A canoe somehow ended up on the roof of a home in Saanichton during a powerful windstorm.

A canoe somehow ended up on the roof of a Saanichton home during a powerful windstorm Wednesday.

The owners of the canoe told CHEK News that they looked outside their window in the early morning hours on Wednesday and noticed it was gone from its usual spot outside.

They figured the canoe had been stolen during the storm and went to bed.

But when they woke up, a nearby resident knocked on their door and told them their canoe had ended up on their neighbour’s roof.

When they looked outside, they discovered that their canoe was lying perfectly flat on their neighbour’s roof.

Both the house and the canoe were undamaged. The canoe has since been removed.