Posted: May 19, 2022 5:45PM
CHEK
Abbey is one of five known cases of necrotizing fasciitis on the mid-Island. (Submitted photo)

A Nanaimo veterinarian says tests are being done to learn more about a canine flesh-eating disease that has taken the lives of at least five dogs on the mid-island.

Virginia Brown’s seven-year-old American Black Lab named Abbey was one of the victims. She had to be put down on Good Friday, less than 24 hours after Virginia noticed swelling on one of her dog’s paws.

“I slept for a couple of hours and then when I woke up I noticed her entire back leg was swollen and hard, it had happened so fast,” said Brown.

She took Abbey to Central Island Veterinary Animal Hospital in Nanaimo where she was put on antibiotics and left overnight.

“But they called me like an hour after I left and said it was just spreading too quickly,” added Brown.

Sadly, Abbey had to be euthanized and she’s not the only dog that has succumbed to necrotizing fasciitis.

“It had just continued to spread and yeah there was no chance of saving him at that point,” his owner Alex Arnell told CHEK News Thursday.

Vets at the Nanaimo hospital say five and most likely a sixth have died of the same thing in the last six months.

“So generally it’s a bacteria that lives on the skin naturally so the majority of patients, healthy dogs and cats, will have the bacteria on their skin but then what happens is they’ll get a wound or some kind of penetrating injury or a break in the skin barrier that will allow the bacteria to get under the skin,” said Central Island Veterinary Animal Hospital Associate Veterinarian Dr. Catherine Daniel.

And then due to a variety of factors she calls a “perfect storm” it can lead to a deadly flesh eating infection.

But still it’s incredibly rare, with a less than one per cent chance of a dog getting it and vets are trying to learn more about why these dogs are getting it.

There appears to be no connection between each of the local cases.

“If you’re seeing those classic symptoms, swelling that’s rapidly progressing that has maybe a bit of a squishy feel to it, maybe a bit of fever, loss of appetite, lethargy, your dog’s not feeling well and it seems to have come on quite quickly then those are the cases we need to see right away,” added Daniel.

She adds the infection does not spread to people or other pets. 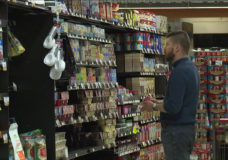 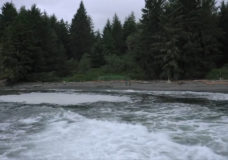 Planning a hike? New videos prepare hikers for most dangerous routes in B.C.