Posted: Jan. 1, 2023 11:37AM | Last Updated: Jan. 1, 2023 5:59PM
THE CANADIAN PRESS/AP/Andy Wong
Masked travellers with luggage line up at the international flight check in counter at the Beijing Capital International Airport in Beijing, Thursday, Dec. 29, 2022. An expert says Canada's requirement of a negative COVID-19 test of travellers from China will not help in preventing new variants or the spread of the virus.

Canada’s requirement of a negative COVID-19 test of travellers from China is being called a “political move” by experts, with one organization saying it would create a rise in xenophobia.

Kerry Bowman, assistant professor at the University of Toronto’s Temerty Faculty of Medicine, called the requirement “absolutely a political move, and not based on science at this point.”

“This isn’t the early days of the pandemic,” he said. “So, I do think it’s largely political.”

The federal government said Saturday that people coming from China, Hong Kong and Macao will have to test negative for COVID-19 before leaving for Canada.

The requirement will apply to all air travellers aged two and older from the three countries and will begin on Jan. 5, it said.

China’s reversal from strict COVID-19 control measures has caused widespread infection in that country, although there is not much known about what various Omicron variants are in circulation, said Bowman, who teaches bioethics and global health.

B.C.’s Health Minister Adrian Dix threw in his support for the move from the federal government, adding that the province will be monitoring COVID-19 stemming from China.

Protect Our Province B.C. (PoP BC) says the move is purely political and won’t help prevent the spread.

“Doing it for one country makes absolutely no sense, and it’s completely inconsistent when you’re letting it rip in the country…it’s really not going to achieve anything,” said retired Emergency Physician Dr. Lyne Filiatrault.

Filiatrault believes that only requiring travellers from certain countries would create a rise in targeted hate.

“Targeting a single country will cause Xenophobia and will absolutely no difference. It hasn’t made a difference before, it’s not going to make a difference,” she said.

PoP BC says if the federal government wants to get serious in preventing further COVID-19 cases, it would need to reinstate mask mandates, isolation periods for those who test positive and expand rapid testing.

Dr. Isaac Bogoch, associate professor at the University of Toronto’s Temerty Faculty of Medicine, said it’s not entirely clear what the policy’s goals are, but such measures have not helped.

“We know from the past that very focused and targeted travel measures such as this don’t do much to prevent the spread of COVID, either by importing COVID to Canada, or by the threat of variants of concern in Canada,” he said.

Bogoch said it would have helped if China had been transparent with their COVID-19 data, variants, vaccines and spread.

Research has shown how the virus spreads through human mobility, which means that the next variant of the virus may not even emerge from China, and even if it did, it could land in Canada from other indirect routes, he said.

Canada hasn’t been able to prevent variants as seen with Alpha, which emerged in the United Kingdom, Delta that was first discovered in India and Omicron, which arose in southern Africa, he said.

“So just requiring a negative PCR test from Chinese travellers, from a science and medical standpoint, will not have much impact for Canada,” Bogoch said.

A more effective measure, Bowman said, would be testing wastewater from airplanes and airports to check for the viral load and mutations.

One of the variants, XBB. 1.5, is causing concern and spreading rapidly is already in North America, Bowman said.

“It’s so important that we stay evidence based,” he said.

“I think in the years ahead when this story is told, when we have some objectivity, which I don’t think any of us really have, including me — when we’re really away from this — I think when we look at the big picture globally, we’re going to see that we did a lot of things that were much more political than evidence based.”

Most people in Canada have some form of immunity through a combination of vaccines and previous infections, he added.

Across the world, he said it would help people if there was more sequencing of data that would help identify and understand emerging variants.

But people, especially the elderly and those who have other health conditions, should get boosted to keep safe, he said. Masking in indoor settings can also reduce the probability of infection.

“And hopefully, future waves of COVID will be less and less impactful as we move forward.”

-With files by The Canadian Press 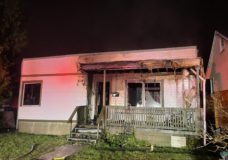 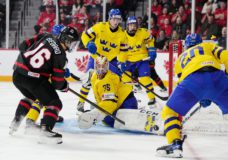