Canada gives up two 5-on-3 goals in third, hangs on for 5-3 win over Germany 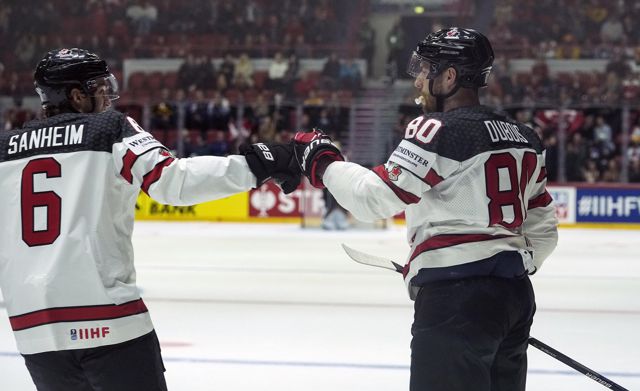 CHEK
Canada's Pierre-Luc Dubois, right, celebrates after scoring his side's second goal during the group A Hockey World Championship match between Germany and Canada in Helsinki, Finland, Friday May 13, 2022.THE CANADIAN PRESS/AP-Martin Meissner

Pierre-Luc Dubois scored twice and Canada overcame an undisciplined third period in a 5-3 win over Germany on Friday at the world hockey championship.

Cole Sillinger, Kent Johnson and Noah Gregor also scored for defending champion Canada in its opening game of the tournament.

Moritz Seider, the Detroit Red Wings defenceman recently named a finalist for the Calder Trophy as the NHL’s top rookie, had a goal and two assists for Germany.

“When you get that first win, it certainly helps build confidence,” Canada coach Claude Julien said. “I thought our team played well considering it was our first game, and it’s encouraging to know that we have more to offer.

“We are happy to come away with a win in our first game, but we are on a mission here and we are going to keep getting better as the tournament goes on.”

Canada led 5-1 going into the third but got into penalty trouble early in the period.

Nicolas Roy was called for tripping 32 seconds into the period and Adam Lowry went to the box for cross-checking just 25 seconds later. Plachta cashed in on the resulting 5-on-3 power play.

The Germans narrowed the gap to 5-3 on another two-man advantage. Seider scored 12:35 into the third with Josh Anderson and Morgan Geekie in the penalty box.

“We are all still learning how each guy on our team plays since we all come from different NHL teams, but overall I think we played well,” Senators defenceman and Canada captain Thomas Chabot said.

“We gave up two power-play goals in the third period to make the game closer than we would have liked, but special teams play is something we can keep working on.”

Germany pulled goaltender Philipp Grubauer late in the game for the extra attacker, but couldn’t get another goal past Canada goalie Logan Thompson.

Thompson made 18 saves while Grubauer stopped 22 shots for Germany.

Sillinger opened the scoring 8:06 into the first and Dubois made it 2-0 on an unassisted goal when the Germans turned the puck over at their blue line. That allowed the Winnipeg Jets centre to walk in and rifle a shot past Grubauer.

After Michaelis narrowed the lead to 2-1, Dubois restored Canada’s two-goal advantage on a power play. Drake Batherson’s shot went off Roy before bouncing in off Dubois’ ankle.

“We are constantly talking before the game, after the game, between periods and between shifts, and everyone on our team is a smart player,” Dubois said. “That makes the game easier, and with (linemates Roy and Dylan Cozens) being natural centremen, we are all used to doing the dirty work to make plays.

“It doesn’t really matter who plays centre, we always have good units on the ice regardless of who is out there, and I thought our entire forward group played well tonight.”

Johnson put Canada up 4-1 when he scored late in a high-sticking penalty to Stutzle. Gregor made it 5-1 with less than three minutes to go in the second.

Canada next faces Italy on Sunday. 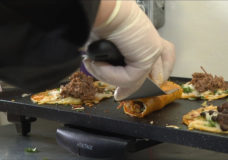 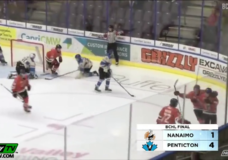