GUERNSEY, Sask. — The Transportation Safety Board suspects a broken rail was the cause of two fiery train derailments on the same stretch of track in rural Saskatchewan.

An advisory to Transport Canada posted on the board’s website recommends improving safety standards for track infrastructure even as investigations continue.

“In both cases, the suspected cause appears to be related to a broken rail,” reads a letter by Dan Holbrook, the safety board’s acting director of rail and pipeline investigations.

It says Canadian Pacific Railway maintained the track to its required standard but, even so, a train derailed last December and again in February near Guernsey, southeast of Saskatoon.

An estimated three million litres of crude oil is believed to have spilled in total. No injuries were reported, but after the February derailment, about 85 Guernsey residents had to leave their homes as a precaution.

The board says maintaining tracks to the minimum standards may not be enough to prevent derailments.

It says there are no provisions currently to address the need for improvements along key routes despite increases in the traffic of dangerous goods.

“As train operations have evolved, the (rules) have not kept pace.”

In response to the February derailment, the federal government ordered lower speed limits for all trains carrying large amounts of dangerous goods.

The board says the train in the second derailment was travelling just under 68 km/h.

“Transport Canada should further review and modify key train speeds, as appropriate, based on various train risk profiles, while also considering other factors that influence the severity of a derailment,” says another letter from Holbrook.

This report by The Canadian Press was first published April 21, 2020

— By Stephanie Taylor in Regina 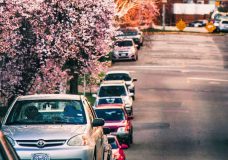