Posted: Sep. 13, 2020 6:26PM
CHEK
WatchDozens of divers cleaned up the Cowichan River in Lake Cowichan Sunday pulling boatloads of garbage from the popular tubing destination. Local businesses say it was a record tourism season in town but as Skye Ryan reports, those who live on the river call it the worst one they've ever seen.

The tubers may be gone from the Cowichan River, but their garbage got left behind, stuck at the bottom of the river.

That is until a handful of volunteers, including divers, from across the community spent Sunday removing boatloads of garbage from the vital waterway.

This summer the Cowichan River around Lake Cowichan saw more tubers than normal as many stuck closer to home because of COVID-19.

According to Aaron Frisbee, the owner of The Tube Shack, a popular tube rental business in Lake Cowichan, they ended up having to turn customers away because they were limited in terms of how many people they could serve due to COVID-19.

Frisbee said many people who were turned away, however, ended up buying their own tube and hitting the river. He said at times, there were significantly more people in the river with their own tube.

“On weekends, there were about four tubes to our one tube,” said Frisbee. “So that’s the kind of numbers we’re talking about.”

Although the influx of visitors to Lake Cowichan was good for local businesses this summer, some residents who live near the river described the summer as nothing short of a nightmare.

Joe Saysell said living on the river’s edge was “complete hell” explaining that hundreds of tubers, sometimes thousands of tubers would clog the water, despite it being a pandemic.

“Oh it’s just been complete hell,” said Saysell, who has lived along the river for 70 years. “This has been the worst year yet. This is by far the worst year.”

Residents say this summer was so bad that they are pleading with the provincial government to study the impacts of tubing on the Cowichan River.

“We’re doing tremendous harm to this river by doing this much tubing,” said Saysell. 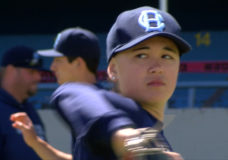 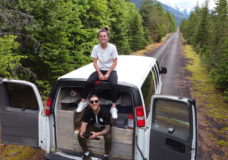