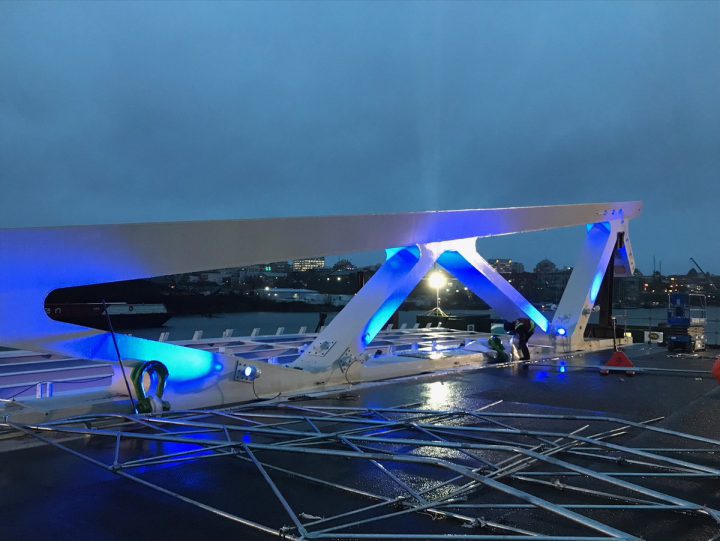 Part of the new Johnson Street Bridge. Photo courtesy of the City of Victoria.

If you want to see Christmas lights in Victoria, there is now another stop you can add to your list.

The new Johnson Street bridge in Victoria’s Upper Harbour is being tested and fitted for the lighting that will illuminate the white structure at night.

The old Johnson Street bridge, which opened in the 1920s, is commonly referred to as the “blue bridge” and is considered a local landmark.

It was originally black but was painted light blue in 1979. The City of Victoria decided to continue with the same colour on the new bridge with the nighttime lighting.

On Wednesday, the city had a bit of fun and posted a picture of the lights on social media while calling the new bridge “Blue Bridge 2.0.”

The testing of the lights will continue into Tuesday evening. The bridge deck span will be installed in late January.

Blue Bridge 2.0 was sighted in the Upper Harbour being tested and fitted for the lighting that will illuminate the new bridge at night. More tests will continue this evening and leading up to the installation of the bridge deck span in late January. pic.twitter.com/0aMJapjHkk

The first shipment of steel from a Chinese manufacturer was also not up to standards of designers and was the main reason for the two-year delay as components had to be remanufactured.

The new bridge has increased space for pedestrians and is supposed to reduce maintenance costs in the future. 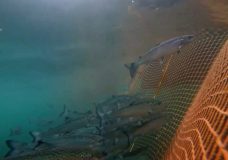 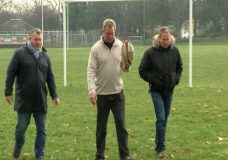